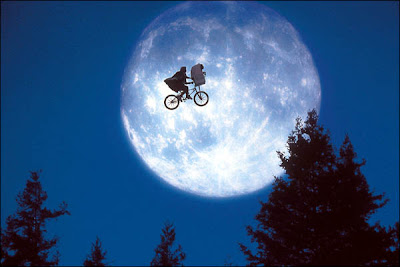 " ... Mr van Leen said Mr Kadwell, who he claimed was also known as Simon Kadwill and Simon Kaddy, proported to be a 'higher being' who was preparing the Earth for a global spiritual evolution overseen by 'various interstellar confederations' ... ''.

THE publisher of a new-age book linked to the disappearance of four Nannup people has confirmed that its "anonymous" author is one of the missing. Brett Mitchell, owner of Esoteric Publishing, which published Servers of the Divine Plan, says Englishman Simon Kadwell, 45, allegedly also known as Simon Kadwill, wrote the book.

The book promotes itself as a guide for "servers'' to prepare themselves as the globe heads towards an imminent "Great Transition'' from darkness into light, prophesising the birth of a new world of higher consciousness following the end of a 75,000-year cycle.

Mr Kadwell, Chantelle McDougall, 27, from Victoria, and the pair's six-year-old daughter Leela, along with their housemate Antonio Popic, 40, have been missing since July.

In a statement on his website today, Mr Mitchell confirmed Mr Kadwell was the author of Servers of the Divine Plan and said the book would be immediately pulled from publication.

The confirmation corroborates a claim today by WA cult buster Adrian van Leen that the author of the book was among the four people whose disappearance had become the subject of a police investigation.

Mr Kadwell, from Britain, is the partner of Ms McDougall and father of Leela.

All four lived at an isolated rental property 10km from Nannup, in WA's South West. WA police have investigated a possible cult involvement in the disappearance but have found nothing to link the group with any organised sect.

But Mr van Leen said Mr Kadwell, who he claimed was also known as Simon Kadwill and Simon Kaddy, proported to be a "higher being'' who was preparing the Earth for a global spiritual evolution overseen by "various interstellar confederations''.

Mr Kadwell had promoted the book while living in Australia and the UK by targeting New Age believers via the internet, Mr van Leen claimed.

"It seems like a con job using new-age spirituality,'' Mr van Leen said. "Since being made aware of the book, I have discovered that the book is linked to the people who disappeared.

"It was written by the guy involved with the disappearance, Simon Kadwell.

"The book itself seems to be full of standard new-age cliches and jargon.

"I think this is a case of a conman rather than a cult and what happens when a conman is about to be exposed or thinks he is about to exposed? They do a runner.

"Lets just hope he has taken the others with him and there is nothing more concerning to it.''

Mr van Leen said Mr Kadwell was living in Australia when the book was first published 1999 but he moved to the UK when backers started demanding their money back.

He claimed that while living in England, Mr Kadwell set up the Truth Fellowship and used the internet to contact new-age believers to introduce them to his bizarre ideas.

One of those he contacted was Earth Rainbow Network co-ordinator Jean Hudon.

She was left disillusioned after travelling from Canada to meet Mr Kadwell, who Mr van Leen said was using the name Simon Kaddy.

Mr Hudon posted a letter of warning on her website advising new-age followers to steer clear of the spiritual guru.

According to Mr Hudon's website, Simon Kaddy claimed to have observed her "purity of motive'' and wanted to introduce himself "on the physical plain'' to show her the book, Servers of the Divine Plan.

Alarm bells began ringing when he realised it contained references to a "global world cleansing along the lines of the Judgment Day'' and references to "unseen manipulations by dark negative forces''.

"Suffice to say that I'm no longer able to support what he is doing because I feel it is wrong, deceitful and, in the end, unacceptable,'' he said.

WA Police spokesman Sergeant Graham Clifford said claims of cult links had been investigated but there was no evidence the missing four were part of a sect.

"We are still looking at all aspects of this,'' he said.

"At this stage there is nothing to say they were in a cult and it is not a big factor in the investigation.''

None of the missing adults has used their bank accounts or collected welfare payments since vanishing nine months ago.

Ms McDougall was last seen when she sold her vehicle to a Busselton car dealer in July last year.

She told her parents in Victoria she was going on an extended holiday with her family to South America and was not reported missing until October.

WA police have issued a nationwide missing persons alert for the group and are working with Interpol in case they have slipped out of the country.
Posted by Alex Constantine at 8:43 PM