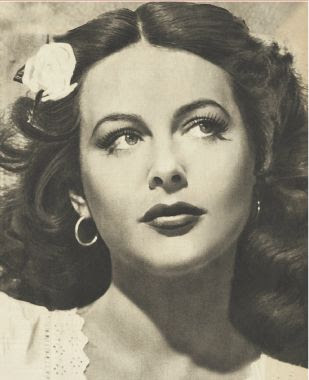 "I invent secret weapons," says screen siren Hedy Lamarr (Erica Newhouse) in playwright/director Elyse Singer's Frequency Hopping, currently being presented by Hourglass Group at 3LD Art & Technology Center. While that claim may appear ludicrous at face value, it's not too far from the truth, as the play documents Lamarr's real-life collaboration with composer George Antheil (Joseph Urla) on a secret communications system that they hoped would help the allies to win World War II. Unfortunately, despite some nifty technological effects, the show is not as compelling as the facts that inspired it.

Lamarr -- who was once married to Nazi sympathizer and munitions manufacturer Fritz Mandl -- used to attend parties with Hitler and Mussolini and developed not only a hatred of what they stood for, but a vast knowledge of their advanced weaponry, including the use of guided missiles. She had an idea for a radio transmission jammer that she enlisted Antheil's aid to help develop. ...

Story continues
Posted by Alex Constantine at 12:20 AM