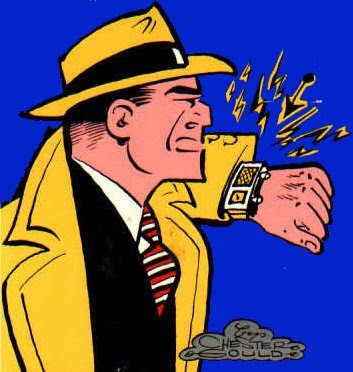 PHOENIX -- Al Gross, Canadian-born inventor of the walkie-talkie and a father of wireless communication, once said he believed he was born 35 years too soon. He died Dec. 21 in Sun City, Ariz., at age 82. When Mr. Gross, who was born in Toronto and grew up in Cleveland, demonstrated his prototype pager at a medical conference in 1956, it flopped. Doctors told him they didn't want to be bothered during their golf games. Decades later, it delighted him to see such wide use of cellular phones and pagers, a technological offshoot of his first devices.

Seeing the potential for walkie-talkies, the U.S. military recruited Mr.
Gross into the Office of Strategic Services, the precursor of the Central
Intelligence Agency.

There he developed a ground-to-air, battery-operated radio that could
transmit up to 50 kilometres. The device is credited with saving lives
during the Second World War. After the war, he formed the Citizens' Radio
Corp. in Cleveland to produce two-way radios for the public. His success
gave Mr. Gross the freedom and money to continue inventing. In 1949, he
devised the first wireless pager. That was followed in 1951 by his wireless
telephone. In 1959, he began to work in the aerospace industry,
contributing critical work for timing devices in Titan, Atlas and Minuteman
missiles.

His contribution to pop culture came in the late 1940s, when Dick Tracy
cartoonist Chester Gould visited the Gross workshop. Mr. Gould saw two
items that sparked a brainstorm: a watch with a built-in beeper and a
wireless microphone. "Can I use this?" he asked the inventor, who agreed to
the request. In 1948, the comic-strip detective made his debut as a crime
fighter aided by a two-way wrist radio. Mr. Gross's ideas, for which he
held many patents, were so far advanced that most expired before the world
was ready for his inventions, and he didn't make much money.

"I was born 35 years too soon," he once told the Arizona Republic. "If I
still had the patents on my inventions, Bill Gates would have to stand
aside for me."
Posted by Alex Constantine at 5:21 PM