Citizens United used 'Hillary: The Movie' to take on McCain-Feingold 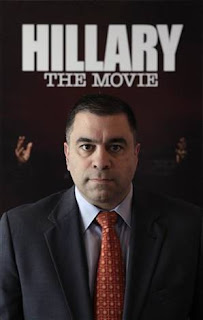 And after it became clear that Bossie's longtime enemy Hillary Rodham Clinton would run for president, Citizens United released another flick: "Hillary: The Movie." Featuring a who's-who cast of right-wing commentators, the 2008 film takes viewers on a savaging journey through Clinton's scandals. The sole compliment about the then-senator comes from conservative firebrand Ann Coulter: "Looks good in a pantsuit."

But "Hillary: The Movie" never became a blockbuster. The Federal Election Commission restricted Citizens United's ability to advertise the film during the 2008 primary season, a decision that Bossie and other conservative activists saw as a threat to their freedom of speech.

"The marketplace for my movie was completely and totally shut down by the Federal Election Commission," Bossie said in an interview Thursday.

So he sued -- and thus was born Citizens United v. Federal Election Commission, the legal drama that resulted in Thursday's dramatic Supreme Court decision to overturn restrictions on corporate spending on behalf of or in opposition to political candidates.

Critics said Citizens United created the withering movie knowing that it would fall under the tangle of broadcast and advertising restrictions in the McCain-Feingold campaign finance law.

"The movie was created with the idea of establishing a vehicle to chip away at the decision," said Nick Nyhart, president of Public Campaign, a group that opposed Thursday's decision. "It was part of a very clear strategy to undo McCain-Feingold." ...

Bossie and his legal team fast-tracked the case, appealing to the Supreme Court. They easily recruited one of the right's most experienced lawyers, Theodore B. Olson. He worked with the group's counsel, Michael Boos, and Floyd Abrams, a veteran First Amendment lawyer who worked on the Pentagon Papers case.

Olson, a former solicitor general, had argued before the Supreme Court countless times, including representing George W. Bush during the 2000 Florida recount. But this case was special.

"Hillary: The Movie" was dedicated to his wife, Barbara Olson, a conservative commentator who was a passenger on American Airlines Flight 77 when it crashed into the Pentagon on Sept. 11, 2001. She was a longtime Clinton critic, working with Bossie in the trenches on Capitol Hill through the 1990s investigations, and wrote the book "Hell to Pay: The Unfolding Story of Hillary Rodham Clinton." ...