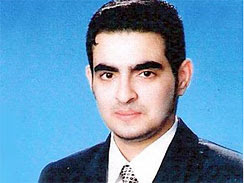 (CBS/ AP) The Jordanian doctor accused of blowing himself up and killing seven CIA operatives at a U.S. camp in Afghanistan may not have been a double agent after all, according to a published report.

Anonymous Jordanian intelligence sources told TIME that Humam Khalil Abu-Mulal al-Balawi was not a double agent working for al Qaeda, as claimed by the U.S. government. ... He had provided bona fide information, including the location of al Qaeda leaders killed by CIA drone strikes, but a U.S. intelligence official says "there were still questions" about his "reliability" and the "access" he claimed to have to senior al Qaeda leaders, reported CBS News chief national security correspondent David Martin. ...

A top al Qaeda leader Wednesday praised the Dec. 30 attack on the CIA outpost and said it was to avenge the deaths of a Pakistani Taliban leader and two al Qaeda figures. The claim was made in a message on jihadist Internet forums. It added further confusion to which group orchestrated the suicide bombing that killed seven CIA employees and a Jordanian intelligence officer and wounded six.