A federal appeals court on Wednesday upheld the government’s refusal to admit or deny it has documents related to warrantless eavesdropping on Guantanamo Bay detainees and their lawyers. 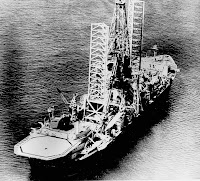 In doing so, the 2nd U.S. Circuit Court of Appeals accepted a little-known defense called the Glomar doctrine. The doctrine, the court ruled, allows the National Security Agency to refuse to acknowledge to the lawyers suing under the Freedom of Information Act that there are any documents responsive to allegations their clients had been or are being targeted under the Terrorist Surveillance Program adopted following the 2001 terror attacks.

Typically, under Freedom of Information Act requests unrelated to national security, the government announces that it has documentation related to a request, and releases or withholds some or all of it. ...