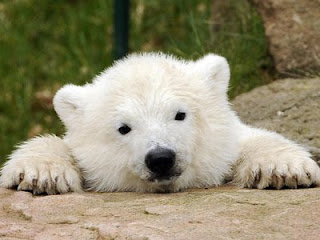 Guardian writer Ed Pilkington took a fresh swat at Governor Sarah Palin's use and defense of Exxon-funded junk science on polar bears in the State of Alaska's attempts to to kill the listing of the polar bear under the Endangered Species Act. ...

Much has been made of Palin's denial of global warming since she was nominated as the GOP Veep candidate, but no one has questioned her credibility for using 'research' that was funded by ExxonMobil, American Petroleum Institute and Charles Koch Foundation.

We are wondering if Gwen Ifill of PBS will ask Ms. Palin a pointed question tomorrow? or if Senator Biden has read the Guardian story?

Tom Kizza at the Anchorage Daily News has followed this story the best. ...

This classic ExxonSecrets map of the junk science authors from the Dyck, Soon, et al article shows once again the tentacles of the Denial Machine (see page 9 for acknowledgement of funding from Exxon and friends). Palin's goon squad cited the Dyck, Soon paper 6 times and even attached a copy of the article (pre-publication) to their 49 page submission to the Department of Interior.

All the background documents can be found on Greenpeace Investigations:

No reporters have questioned Exxon or API about funding this research and no one has gotten the scientists themselves on the record as to how much money they got from Exxon and friends and the marching orders attached to that funding.

http://members.greenpeace.org/blog/exxonsecrets/2008/10/01/sarah_palin_polar_bears_and_exxon_junk_s
Posted by Alex Constantine at 1:46 AM