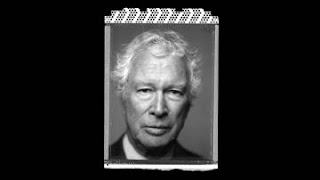 Ken Taylor under the direction of then Prime Minister Joe Clark was to work with the Central Intelligence Agency under the United States Jimmy Carter administration. The plan to invade Iran and restore western influence and democracy to Iran failed miserably once Iran’s Islamic Student revolutionaries and supporters of Khomeini gained control of the country.

Previous to the future Islamic Republic taking control, Iran, an oil rich country was once a constitutional monarchy with a parliamentary style of government, woman had the power to vote in elections, complete with a relaxed atmosphere allowing western style dress for both men and women. Iranians for the most part enjoyed a western style democracy and education, including one of the lowest illiteracy rates amongst its populace.

All that changed in 1979. Iran was undergoing turbulent times during Mohammed Reza Shah’s reign. Many Iranian citizens took exception of the widespread western influence by the United States, western dress and a decadence many felt was contrary to Islamic teachings.

During World War II, Iran’s friendly relations with Germany, resulted in Western allies ousting the elder Reza shah of Iran from the throne and placing his son Mohammed Reza Shah as his successor, with promises of a new reign, western powers were accepting of this new monarch.

Under the rule of the new Reza shah, political infighting, riots, food shortages and accusations of mass torture by the state secret police had many Iranians living in fear. In the mid 70’s the Shah crowned himself King of Kings as Emperor of Iran, certainly many saw this as a man with a bigger ego than god, thus his eventual downfall.

Islamic cleric Ayatollah Khomeini, a thorn in the side of the Shah was exiled in France. The Ayatollah’s followers in Iran yearned for the old days of strict Islamic rule and to oust all form of Western influence.

In 1979, the Shah of Iran was overthrown and the exiled Ayatollah Khomeini quickly took power, reverting Iranian society to a strict Islamic code of conduct, which stands to this day. The Shah of Iran and his family fled to Europe.

Western Embassies in Iran were immediately targeted by the new Islamic revolutionaries, with many embassy staff fearing for their lives soon fled to their home countries. The Canadian and Swedish embassy in downtown Iran seemed safe for the ime being, perhaps because Canada and Sweden has never been seen as a threat to any country and always had a good reputation amongst all countries worldwide.

The United States on the other hand suffered the slings and arrows of Iran’s Islamic revolutionaries bent on removing by hook or by crook all things American, including taking U.S. citizens hostage as the Iranian guard overthrew the U.S. Embassy in Iran. The lucky few who escaped looked to Canada’s Ambassador Ken Taylor. Ken Taylor may have feared that anymore U.S. Embassy staff falling into Iranian hands may result in discovering Canada’s involvement with the U.S.A.

The U.S. hostages still in Iranian hands were eventually released in January 1981....

Who would have thought Canada would have a spymaster working for the U.S.A? Certainly not Iran, Canadians nor Americans. Surprisingly, Canada had a wolf in sheep’s clothing called Ken Taylor, de facto CIA station chief.

Bespectacled Ken Taylor more Milquetoast than spy looks nothing like the James Bond type western citizens are fed in countless spy movies and novels, certainly Ken Taylor would be difficult to point out in a crowd....

Your blog is really excellent. It inspires the readers...

great msg for me, thanks a lot dude˙﹏˙

I agree. I wonder if there is any possibility of having my newly published memoir THE MOST REVOLUTIONARY ACT: MEMOIR OF A US REFUGEE reviewed on your blog. It concens problems I (as a long time activist) had with the FBI - which led me to emigrate to New Zealand 8 years ago. More info about the book at http://www.strategicpublishinggroup.com/title/TheMostRevolutionaryAct.htmil