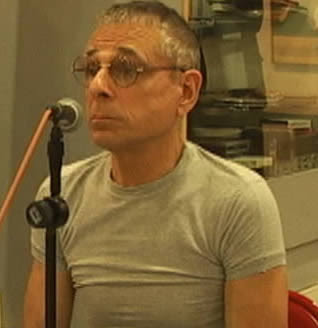 Steve Brown is a prominent member of the Local Station Board (LSB) of WBAI 99.5FM in New York. He is currently running for reelection and is a leader of the Alliance for Community Elections (ACE), which has endorsed 8 other board candidates.

Steve Brown is also a multi-millionaire with a history of being one of the biggest direct mail marketers in the US. According to the Seattle Times, at one point Steve Brown claimed to be responsible for four percent of all the junk mail in the country. According to the New York Times, in 1986 alone he earned $500,000 in salary and up to $13 million in dividends.

The businesses Steve Brown owned engaged in questionable practices that caused the Attorneys General of seven states, including New York, to step in.

They "investigated, filed suit or forced the company to halt various business practices." (NYT) The Times notes that "The F.T.C. in 1986 issued a consent decree under which Raffoler [one of Brown's business names], without admitting guilt, paid a $150,000 penalty and agreed not to violate mail order rules."

In 1988, "Elizabeth Bradford, an assistant attorney general, said last summer in a complaint filed in State Supreme Court, "Having shown themselves incapable of making an honest sale or a consistently timely delivery, they should not be permitted to conduct any further mail order business in the state of New York." (NYT) According to Crain's, "In January [1992], DME [Direct Marketing Enterprises, another business name of Brown's] settled a five-year-old lawsuit with the New York state attorney general. DME, while admitting no guilt, agreed to changes in advertising, complaint resolution and its refund procedures. It also paid the state $175,000 in investigation costs."

Brown's company's plan to go public was scuttled -- in part because investors' confidence was shaken by a US Postal Service probe. "Investors apparently won't get their once-in-a-lifetime opportunity to buy stock in Direct Marketing Enterprises Ltd., the Long Island mail-order company known for its low-priced, hyperbolically promoted merchandise." (Crain's)

Incidentally, Steve Brown also owns an 18th century French Chateau, called Chateau des Thons, on sale for $7 million, which had been disassembled in France and brought to the US and reconstructed in Long Island.

At WBAI Steve Brown has been a member of a group that has opposed affirmative action in the governance of Pacifica, and has attacked and vilified progressive African American Program Director Bernard White. The attacks have been on a number of fronts. Brown has regularly exaggerated, distorted and even fabricated stories about the program director and has used e-mail for the last several years to spread the stories.

Steve Brown has issued clear, unequivocal calls to turn the station's main focus away from oppressed communities and in the direction of serving the white middle class -- the same kind of audience that NPR and Air America already serve. In 2003 on a public email list he wrote: "... There is not just 'one' WBAI audience -- but 'two.' The first of these audiences, we have always sought to attract -- it comprises the voiceless, the downtrodden, and the oppressed. But we must be careful not to indulge in an orgy of misguided nobility and political correctness by convincing ourselves that this should be our ONLY audience, or even our 'main' audience."

Steve Brown has relentlessly used racist and violent imagery to attack Black station staff. At one point after making unsubstantiated charges against Bernard White, Brown wrote: "If you were there, you should have been at her [Interim General Manager Indra Hardat's] side whacking Bernard with a baseball bat and then calling the police." At another point he wrote: "One witness describes coming to the station these days as like living in the South Bronx, where rival gangs are shooting at each other and all you can do is keep your head down to keep from getting beaten up, knifed, or shot." This is not only a patently and outrageously false depiction of the station, it is also designed to play on the racial fears of white people.

What Does This Mean for the WBAI Elections?

Steve Brown is the leader of ACE, the Alliance for Community Elections. ACE is the 2006 makeover of List-Prog, the 2004 slate in which he also played a leading role. List-Prog members discarded the name following widespread criticism of their role in pushing out Don Rojas, the General Manager of WBAI, attempts to remove Program Director Bernard White, and an attempt to remove Father Lawrence Lucas from the WBAI Local Station Board after he became hospitalized, saying he had "unexcused absences."

Steve Brown brings to WBAI the kind of tactics that made him a wealthy but legally embattled king of the direct mail business. And now WBAI is paying the price.

For an alternative to Steve Brown, visit the Justice & Unity website.