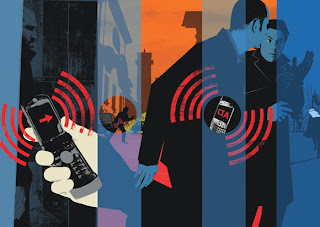 Veteran investigative reporters Susan and Joseph Trento, who first obtained and exposed the flaws in the no-fly list in 2006, have completed a new investigation of the CIA’s role in airline security. It reveals that the CIA is bypassing other government agencies and following terrorists on airplanes without telling TSA or the airlines involved. It shows how terrorists and nuclear proliferators have been allowed to fly because the CIA has refused to add their correct names or aliases to the no-fly list.

The CIA deliberately misspells names and does not provide aliases of suspected terrorists and criminals who are being targeted for recruitment or have relationships with the agency when it passes names on to the National Counterterrorism Center to be integrated in the Terrorism Identity Datamart Environment (TIDE), Selectee, and no-fly lists.

Khalid al-Mihdhar was known to the CIA as one of two men who had attended a meeting of Al Qaeda officials in Malaysia before coming to the United States. That hijacker was also a Saudi Arabian intelligence agent with the General Intelligence Directorate, the Saudi agency that works closely with the CIA. Al-Mihdhar was on the no-fly list as “al-Midham.” Al-Mihdhar helped fly American Airline Flight 77 into the Pentagon on 9/11. Fourteen other 9/11 hijackers appeared on the list five years after they had supposedly died in the attacks. The report also discloses the CIA refused to share language software that would vastly ease problems in matching Arab names to other government agency lists.

DCBureau reveals that the CIA in 2006 deliberately allowed a flight school associate of the 9/11 hijackers to fly to New Zealand and lost track of him only to have New Zealand authorities learn that he had signed up for airline training.

DCBureau reports that Issa Abdullah (Cleven Holt) is not on the no-fly list even though he was a suspect in the Beirut Marine Barracks bombing and was suspected of planning attacks on US troops in Bosnia during a visit by President Clinton. Holt visited the United States last fall and had no trouble flying into the country.

All articles published by DCBureau.org can be reprinted for free with attribution by any outlet.