Dear Obama: Everyone Knows that Megrahi didn't Bomb Pan Am 103, al Kassar Did (So Give Up the Posturing, You Bush Clone) 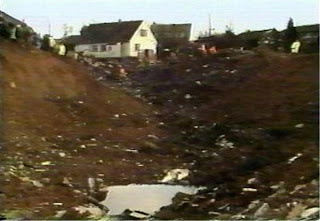 By perpetuating the cover story to protect the CIA and Oliver North network, Obama is now a collaborator in the Lockerbie murders.
- AC

(Abdel Baset al-Megrahi) The only man convicted in the bombing of Pan Am Flight 103 returned home to Libya to die after he was released from a Scottish prison Thursday, a decision that outraged some relatives of the 270 people killed when the jetliner blew up over Lockerbie, Scotland, more than two decades ago.

U.S. President Barack Obama said the Scottish decision to free terminally ill Abdel Baset al-Megrahi on compassionate grounds was a mistake and said he should be under house arrest. Obama warned Libya not to give him a hero's welcome.

Despite the warning, at the military airport in Tripoli where al-Megrahi's plane touched down, thousands of youths were on hand to warmly greet him. He left the plane wearing a dark suit and a tie and accompanied by Libyan leader Moammar Gadhafi's son, Saif al-Islam
Gadhafi. They immediately sped off in a convoy of all-white vehicles.

In Libya, al-Megrahi is seen as an innocent scapegoat the West used to turn this African nation into a pariah, and his return is a cause for celebration. There was a festive atmosphere with some wearing T-shirts with al-Megrahi's picture and waving Libyan and miniature blue-and-white Scottish flags. Libyan songs blared in the background.

"I think it's appalling, disgusting and so sickening I can hardly find words to describe it," said Susan Cohen, of Cape May Court House, N.J., whose 20-year-old daughter, Theodora, died in the attack. "This isn't about compassionate release. This is part of
give-Gadhafi-what-he-wants-so-we-can-have-the-oil." (etc.etc.)
======================'
And NOW for THE REAL STORY...

(READ CAREFULLY)...A Syrian terrorist, by the name of Monser al-Kassar had a great set-up. He ran a Franfurt to New York heroin smuggling operation that netted him millions, and the whole thing was protected by(none other than) the good old CIA. This was payback for serving as a middleman in Oliver North's (remember that crook) Iran/Contra deals and also in the hope that he'd use his influence to secure the release of U.S. hostages being held in Beirut. Al-Kassar's accomplice at the Frankfurt airport regularly substituted a suitcase full of heroin for an identical suitcase checked into a Pan Am flight to New York.

Major Charles McKee, a CIA agent charged with the rescuing of the U.S. hostages in Beirut, was outraged when he heard of the smuggling operation, and felt it could jeopardize his mission. He complained bitterly to the CIA, but got only silence in reply. Impulsively, and
against CIA procedures, McKee and four other members of his team decided to fly home and expose the deal with al-Kassar. Their flight connected with Pan Am Flight 103 in London.

On Dec. 20, 1989, a German government agent in Frankfurt who was privy to the heroin deal noticed that the switched suitcase being put into Pan Am Flight 103 looked completely different than it usually did. Aware that a bomb threat had been made against the flight, he called his local CIA contact and asked what was up. "Don't worry about it," he was told,
"Don't stop it. Let it go."

When Flight 103 left London, not only was the McKee team on board, but also a U.S. Justice department Nazi hunter and a U.N. diplomat mediating conflicts in southern Africa. South Africa's foreign minister was booked on the flight as well, but luckily cancelled at the last
minute.

When the plane blew up over Lockerbie, Scotland, killing 270 people, a team of CIA agents was on their way to the wreckage within the hour of the crash. Disguised as Pan Am employees, they removed evidence from the crash site, then later returned it (or something similar) to be rediscovered.

Initial investigations focused on Syria and Iran, with the possible motive being revenge for an Iranian plane shot down by a U.S. warship the previous July. But when Syria's cooperation was needed during the (First) Gulf War, the blame was shifted to our favorite whipping boy (at that time), Libya.