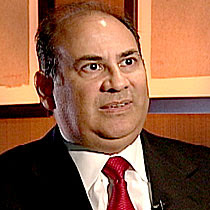 Lanny Davis, a long-time doorman for the Clinton agenda, has an interesting bedfellow in his latest lobbying assignment on behalf of the business interests behind the illegal putsch regime of Honduras.

Davis, a lawyer, neo-liberal Democrat and now a lobbyist employed by the D.C. office of global law firm Orrick, Herrington & Sutcliffe, was recently retained by the Business Council of Latin America (CEAL in its Spanish initials) to hawk for the coup interests in Honduras.

A sister business coalition of textile manufacturers and exporters with common leadership to CEAL, the Asociacion Hondureña de Maquiladores (AHM), however, is looking to the other side of the U.S. political landscape for its lobbying push in Washington, D.C., and has recently retained a George W. Bush-era neoconservative named Roger Noriega.

Though Davis and Noriega, a former high-ranking U.S. diplomat in Latin America, represent different sides of the U.S. bipolar political system, in their manic pursuit of unbridled capitalism and support for the oligarchical interests in Latin America that control the capital (including Tegucigalpa, Honduras), they are very much cut from the same cloth.

But in the case of Noriega, as has often been the case with Bush-era players, it appears some corners might have been cut in his Honduran lobbying assignment that may run counter to the letter of the U.S. statute governing that activity.

Unfortunately, the U.S. law governing lobbying activity might itself fall short of addressing the realities on the ground in Honduras. That law, the Lobbying Disclosure Act (LDA), requires all agents, or lobbyists, representing “foreign entities” to declare as such on forms they are required to file with the Clerk of the U.S. House and the Secretary of the U.S. Senate.

In the case of Davis, that declaration, and associated disclosures, is included in his filings with respect to the foreign entity CEAL. However, Noriega’s lobbying firm, Vision Americas, for whatever reason, failed to indicate on those forms that the Honduran-based AHM is, in fact, a foreign entity. This shortcoming in Vision Americas’ public LDA filings is in sharp contradiction to the disclosure made by another lobbying firm, The Cormac Group, which also has been retained by AHM to hawk for the business interests now propping up the putsch president of Honduras, Roberto Micheletti.

The Cormac Group, which lists as one of the firm’s founding partners John Timmons, a former legislative counsel for Sen. John McCain, does disclose in its LDA filing that AHM is, in fact, a foreign-controlled entity. ...

CONTINUED: http://narcosphere.narconews.com/notebook/bill-conroy/2009/08/former-us-ambassador-roger-noriega-hired-push-honduran-putsch-agenda
Posted by Alex Constantine at 10:39 AM