Who Is Philip Anschutz? (And Why Is He in Business with Michael Jackson and The Weekly Standard?) 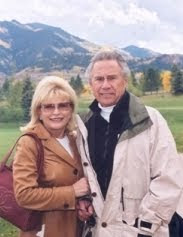 The shadowy billionaire, who hasn't spoken on the record since 1974, is trying to lock in Jackson film and keep the Weekly Standard in print.

Throughout his career, Michael Jackson surrounded himself with unusual characters, from Marlon Brando to Bubbles the chimp. As his life was subsumed in controversy and financial difficulties, Jackson took on surprising advisers, like members of the Nation of Islam, orthodox-rabbi-turned-reality-show-host (and advocate of something called The Kosher Sutra) Shmuley Boteach, and Saudi prince Al-Waleed Bin Talal Bin Abdulaziz Al-Saud.

Late in life, Jackson may have found his most mysterious—and lucrative—partner in Philip Anschutz, the Denver-based billionaire who has made money in everything from oil to telecom to movie-making and -distribution.

The two men couldn't be more different: One a child star who grew up to become possibly the world's most flamboyant and famous performer, but whose life imploded amid accusations of child molestation, tabloid embarrassments, and gross financial mismanagement. The other is barely known outside the business world, rarely quoted on the record, and a supporter of Conservative causes that include limiting the rights of gays and lesbians and promoting "traditional" family values in entertainment and media.

Yet they struck a deal potentially worth hundreds of millions of dollars, for a series of concerts in London and a possible tour. And after Jackson’s demise, the Anschutz Entertainment Group (just one of his many companies) is still in the Michael Jackson business. No matter what tragedy befalls his core asset, it seems Anschutz has figured out how to continue monetizing Michael.

The concert deal would have had Anschutz's AEG Live promoting the 45 London Jackson events, to be held this summer at London's O2 arena, which happens to be owned by AEG Worldwide. AEG was so committed to keeping the event on track, it paid Dr. Conrad Murray to act as the singer's personal physician. Dr. Murray is currently at the center of a police investigation into Jackson's overdose from the anesthetic Propofol.

Now, AEG Live is partnering with Jackson's estate to release a movie culled from more than 100 hours of footage of Jackson preparing for the concerts. This Is It, which hits theaters October 30, was shot (per a Sony release) "in high definition with state-of-the-art digital sound" at the Staples Center in Los Angeles, the site of Jackson's July memorial service, an event that helped rehabilitate the singer's reputation and led to an outpouring of good will for him and his family. AEG, not so incidentally, owns the Staples Center. Two AEG Live executives, Randy Phillips and Paul Gongaware, are listed as producers on the film as well.

Who is Anschutz? More than just a businessman, that's for sure. He's active in Christian fundamentalist and Conservative political causes, including funding a campaign to support Amendment 2, Colorado's 2006 ballot initiative to overturn gay rights, the Institute for American Values, the Center for Marriage and Families, and Morality in Media.

Invariably described as "secretive" or "reclusive" in the press, he is nonetheless involved in media. He just bought the Weekly Standard for a reported $1 million from Rupert Murdoch's News Corporation, which funded the small—but for a time, highly influential—conservative magazine since 1995. Add this to his other conservative media holdings, which includes the Washington Examiner, a free tabloid, and the 101 locally targeted Examiner-branded sub-sites and it's no wonder Forbes described Anschutz as "The Stealth Media Mogul."

That's one of the nicer things that has been publicly said about the 69-year-old mogul. Fortune once called him America's "greediest executive," prompting a rare public statement from Anschutz, who hasn't spoken to a journalist on the record since 1974. The Anschutz Company released a statement that called Fortune's moniker "inaccurate and unfair." (Who says billionaires can't have their feelings hurt?)

Anschutz cultivates a deeply contradictory image. He's a man who owns several media outlets, and yet he refuses to speak to journalists. When writing about him, reporters frequently mention his fondness for Timex watches and a profile so low that he can browse unmolested at his local Barnes & Noble. "Phil is a humble man," a founder of the Evangelical Presbyterian Church told Fortune in 1999. "He knows you don't do good works for an earthly reward." And yet Anschutz also has his own golf course and a collection of Western art that includes a number of works by Georgia O'Keefe. As he quietly funds his political causes and candidates like Mitt Romney, he has also engineered high-profile deals like the one that paid David Beckham $250 million to play for Anschutz's Los Angeles Galaxy soccer team.

It's hard to imagine an unlikelier pairing than the flashy, tabloid-courting Beckham and unassuming-to-the-point-of-invisible Anschutz. (Well, other than a pairing of their wives, presumptive American Idol judge Victoria "Posh" Beckham and Nancy Anschutz, who's mostly known—if she's known at all—for her philanthropic work, and has been with her husband since they were in college.)

Which brings us to Michael Jackson.

Other than making money—which even his detractors concede he does exceptionally well—Anschutz seems to be setting up the same sort of combined production and distribution deal that he's been doing for the last few years in his Hollywood holdings. As the owner of the 6,782-screen Regal Cinemas (which he created from the Regal, Edwards, and United Artists chains), Anschutz has created a huge venue for screening the family-friendly films he has funded, like 2005's The Chronicles of Narnia: The Lion, The Witch, and the Wardrobe, 2004's Oscar-winning Ray, and 2003's Holes. (The latter of which was likely close to Anschutz's heart since he made his first several hundred million with some oil-producing holes he dug in Northern Wyoming back in 1967—more on that later.)

Anschutz's politics also influence his movies based on true stories, as in the case of Ray. Critics like the New York Times' Caryn James have pointed out that the movie's producers played down Ray Charles' drug abuse and toned down harsh language to make the film a more family- (and box office-) friendly PG-13. In a searing, politically pointed appraisal of Anschutz' network of business and political interests, Nerve's Justin Clark also noted in 2006 that for films projected digitally like Lion (and its sequel Prince Caspian), Anschutz not only controls the making of the movie and its presentation, but can ensure delivery of the digital "print" via fiber-optic lines he owns under the aegis of Qwest Communications. Talk about covering all his bases.

Anschutz seems to have used a similar 360-degree scheme with Jackson by promoting a series of concerts through AEG Live, which were to be held an AEG Worldwide venue, and filmed for a concert movie which he will share ownership of with Sony and the Jackson camp. If only Jackson, who died at the hands of a doctor hired for him by AEG, had lived to fulfill the deal.

Luckily for Anschutz, he can probably recoup some lost funds by distributing the film to his Regal theaters (ensured that it will be family-friendly since he has a stake in its creation) and promoting it through any of his newspaper, magazine, or Web holdings. (An AEG rep would not comment on the company's plans for the Michael Jackson film.)

That's one way to make the best of a bad situation. This all-encompassing deal with Jackson (and his executors) calls to mind an story about Anschutz at age 27 that many journalists (notably Brian O'Reilly in Fortune and Graham Bowley in the New York Times) have used as a sort of origin story for the man who would one day be worth an estimated $80 billion.

As the story goes, in 1967 Anschutz borrowed heavily to buy up land after discovering oil near Gillette, Wyoming. But after making the purchase, his oil field caught on fire, threatening to destroy the nascent oilman before he could even count his first barrels of crude. To salvage the field, Anschutz hired Red Adair, the legendary oil-well firefighter, who reportedly told the young businessman, "If you don't pay me, don't ever have another oil-field fire." Not one to risk his investment—or a pass up a good side bet—Anschutz contacted Universal Pictures, which was putting together John Wayne's Hellfighters, a movie about oil-well firefighters, and negotiated a $100,000 fee to let a film crew shoot the blaze and the battle to stop it. Anschutz used that money to pay off his creditors, and after the fire was beaten, set himself along the road to unfathomable fortune—if not quite fame.