Public Opinion in the US Turns Against the War 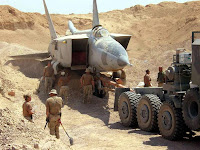 A majority of Americans now see the war in Afghanistan as not worth fighting, and just a quarter say more U.S. troops should be sent to the country, according to a new Washington Post-ABC News poll. ...