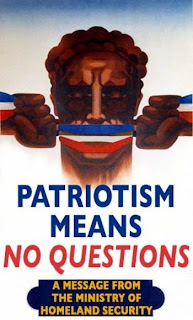 The Pentagon's Information Operations arm trips up over basic information, like how much it costs.

Just months ago, the Defense Department said it needed $988 million to help win hearts and minds in the new fiscal year beginning Oct. 1. When the House cut this by half in July, top-level officials landed on Capitol Hill, pleading their case but also making a startling admission: Their budget needs for 2010 are actually $626.2 million — more than one-third less than first estimated.

Even at the Pentagon, an error of that size gets attention. “That $988 million number stuck, to our regret,” a defense official told POLITICO. And one man who hasn’t forgotten is Rep. John Murtha, who chairs the defense appropriations panel that funds the IO budget.

“The information war is off to a bad start with bad information,” the Pennsylvania Democrat laughed Wednesday in an interview. “They all said the same thing: ‘We made a mistake. We realize that we fumbled the ball.’ And they were very apologetic. Everybody is. But they go back and say, ‘This is very important.’”

Indeed, combat commanders, beginning with Army Gen. David Petraeus, have stressed IO programs as a key factor in winning popular support in Iraq — and now hopefully in Afghanistan and Pakistan. The level of concern about losing the money is real enough that the Pentagon and State Department have mounted a full-court press to stave off cuts.

Joint Chiefs of Staff Chairman Mike Mullen, Deputy Defense Secretary William Lynn and Jack Lew, an old hand in the House and now deputy secretary of state for management and resources, have all raised the issue with Murtha. With an eye toward upcoming House-Senate talks on defense spending, Michele Flournoy, undersecretary of defense for policy, met with Senate Appropriations Committee Chairman Daniel Inouye (D-Hawaii) on the issue last week.

The great problem is that the numbers mix-up only adds to the misgivings of an old-school Marine like Murtha, who views the ever-expanding IO budget as a hangover from Donald Rumsfeld’s years and a propaganda machine ill-suited for uniformed military.

“I just don’t like the idea that the military is in the propaganda business,” he told POLITICO. “I don’t like it.”

Murtha’s preference is that the State Department take more of the lead, although he admits State can’t ramp up fast enough to handle the task this coming year.

This aggressive style was Rumsfeld’s trademark as secretary of defense for most of George W. Bush’s presidency and as an early champion of the IO programs.

Pentagon documents describe the mission broadly, running from electronic warfare to psychological operations. Major portions of the budget are classified, but it has made headlines before for allegedly paying to plant stories in the overseas press that are favorable to U.S. policy in Iraq, for example.