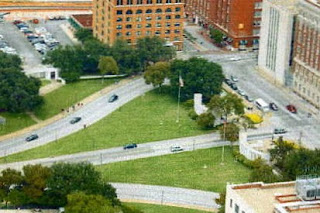 ​Last week, the spooks gave us files from the 60s that proved Luis Posada Carriles -- Miami's most famous terrorist still walking the streets today -- used to snitch for the agency back in the day. Even more shockingly, the CIA's new files showed that Jorge Mas Canosa -- the founder of the Cuban American National Foundation so revered in Miami that we renamed Biscayne Boulevard after him and gave him a middle school -- sponsored Carriles and other terrorists and plotted to blow up Cuban ships off the coast of Mexico.

So it's with great regret that we read a new report in the New York Times today about some files the boys in Langley won't give out.

Apparently, the agency is refusing to release hundreds of pages of field reports about a former Miami station chief named George E. Joannides, whose job was to run the hundreds of anti-Castro agents living in the Magic City. Why should you care? Only because Mr. Joannides and his merry band of anti-Fidelistos are smack in the middle of every JFK assassination conspiracy theory on the planet.

Stay with us here -- we'll try not to get too Oliver Stone on you today.

In 1963, Joannides worked out of Miami and paid the legions of anti-Castro Cubans the agency hoped might help overthrow the bearded one -- including Posada, we now know. Later that same year, members of one of Joannides' groups, the Directorio Revolucionario Estudantil, clashed with a guy named Lee Harvey Oswald on the streets of New Orleans.

Flash forward to 1978, when Congress established a House Committee on Assassinations to look into JFK's death and other plots. Whom did the CIA assign as liason to the committee? None other than Joannides himself. The agency told no one in Congress of his past role in running the Cubans who'd clashed with Oswald -- and hated JFK over the Bay of Pigs' fiasco.

For the last decade, a former Washington Post reporter has been trying to get Joannides records declassified so that his links to Oswald might be made public. But the CIA has completely stonewalled him.

"I know there's a story there," Jefferson Morely, the former reporter, told the Times. "The proof is that the CIA treats these documents as extremely sensitive."

Before you get too excited, our own Gerald Posner -- fresh off publicity firestorming for his new book -- is there to throw cold water on the whole thing.

"Most conspiracy theorists don't understand this," says Posner, who's written a book debunking JFK conspiracies. "But if there really were a CIA plot, no documents would exist."

http://blogs.miaminewtimes.com/riptide/2009/10/is_the_cia_hiding_evidence_tha.php
Posted by Alex Constantine at 9:52 AM

i am the son of george joannides, i would like to know more about his double life. he as we knew him worked for the british government at least thats whom was paying him, i discovered his double life while going thru his travel documents and passports many years ago, he also spoke many languages and had houses in briten, ghana, africa and other children too! he kept a large atic full of documents god knows what.he actually was a good man to us!