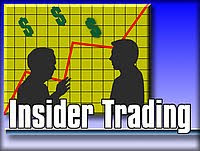 An attorney who killed himself in Canada on Monday had leaked insider information while an associate with Sullivan & Cromwell in New York in the 1990s and as a partner in Dorsey & Whitney's Toronto office from 2004 to 2008, according to a complaint filed by the Securities and Exchange Commission.

Attorney Gil I. Cornblum, 39, whose body was found below a bridge in Toronto at 7:16 a.m. on Monday, sent his former law school classmate Stanko J. Grmovsek, 40, material, non-public information on some 40 mergers and acquisitions that he learned about while on the job at both law firms. All told, the two men made $10 million on the scheme, according to the SEC.

Mr. Grmovsek, a self-employed business consultant, pleaded guilty to insider trading charges in a criminal information in Toronto yesterday morning and was then flown to New York, where he waived indictment and pleaded guilty to a single charge of conspiracy to commit securities fraud in the form of insider trading before Southern District Judge Naomi Reice Buchwald.

Mr. Gromvsek is likely to be sentenced to a prison term of between three years and one month to three tears and 10 months by Judge Buchwald, but only after he is sentenced in Canada.

The SEC complaint filed late yesterday said the conspiracy between the two began in 1994 as Mr. Cornblum fed Mr. Grmovsek information on "at least two mergers involving Canadian Companies." The SEC action arrived at the clerk's office in the Southern District having already settled.

Mr. Cornblum worked as an associate at Sullivan & Cromwell in New York from March 1996 through June 1998. During that time, the SEC said, "Cornblum tipped Grmovsek with material, non-public information on at least 15 pending transactions on which Sullivan was working."

The two close friends, who went to Osgoode Hall School of Law in Toronto and at one point were roommates, took a five-year break in their conspiracy, and then started up again in 2004, sharing information on more than 20 pending transactions Mr. Cornblum learned of while a partner at Dorsey & Whitney between April 2005 and May 2008, when he was fired by the firm. Dorsey & Whitney fired him after he was accused by the Ontario Securities Commission in connection with the insider trading scheme.

Yesterday, with attorney Paul Calli of Carlton Fields in Miami, by his side, Mr. Grmovsek told Judge Buchwald that he split the profits, which the SEC said amounted to $10 million, with Mr. Cornblum.

The SEC complaint details how in the early days of the scheme, Mr. Grmovsek would make "wake-up calls" to Mr. Cornblum at 4 a.m. or 5 a.m. so he could get to Sullivan & Cromwell to search for information before other employees arrived.

In the second phase of the conspiracy, when Mr. Cornblum was at Dorsey & Whitney, the SEC alleges he had worked on three of the transactions handled by the firm and learned of the others through file searches of Dorsey's electronic database system, through conversations with other lawyers and through conflict checks.

Mr. Grmovsek, a resident of Woodbridge, Ontario, was released on $100,000 personal recognizance bond and allowed to return to Canada, where he is expected to be sentenced quickly.