Dallas Bomb Plot - Did Smadi have a Handler? Suspicions of FBI Entrapment 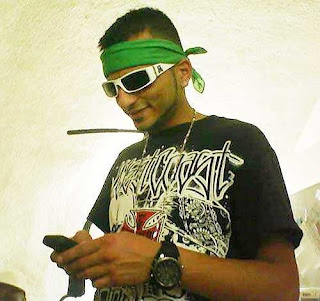 The Dallas Morning News and other local news publications are strongly suggesting that there is more to the arrest of teenage Jordanian Hosam Maher Husein Smadi than the FBI is letting on ...

Edited by A. Constantine

Did Smadi have a Handler?

"... Smadi’s Jordanian father, Maher Smadi, was quoted ' ... said his son later told him that a man named Riyadh, who lived in a Dallas suburb, said he could get him a job at a barbeque restaurant in the town of Italy, about 40 miles south of Dallas.' ... " - Dallas Morning News, October 4, 2009

FBI Entrapment in the Smadi Case?

" .... I, of course, say that the government may have been too eager to uncover a terrorist plot — even if it meant having to invent one. ... " - "Commentary: A question of timing, tactics in latest terror cases," by Bob Ray Sanders, Fort Worth Star-Telegram, October 6, 2009
http://www.mcclatchydc.com/opinion/story/76559.html

"The FBI said he was working alone. I might understand playing someone along so their group or major leader would be disarmed, but what was the reason here? Didn't any of the agents try to help this kid, who so obviously needed it?

"How have they made us more secure by encouraging someone make a bomb? Of course if they had not done that, there would not have been the spectacular headlines, and who knows, we might forget about terrorism.

"I tend to believe his neighbors, who said he was a nice kid. I think the FBI owes him something for ruining his life via entrapment (like maybe Don Hill's lawyer)."

... the [recent bomb plot] arrests raise questions about the dividing line between a well-executed undercover operation and one that goes too far in "entrapping" a suspect who might otherwise never have gone afoul of the law.

Smadi is alleged to have told undercover FBI agents posing as members of an Al-Qaeda sleeper cell that he had come to the United States specifically to commit "jihad for the sake of God."

But the 19-year old's father insisted that allegations against his son had been "fabricated."

"My son is innocent and the charges are false," Maher Hussein Smadi, a ministry of agriculture engineer in the Jordanian town of Kofranjeh.

"The FBI fabricated the entire thing to embarrass (President Barack) Obama because of his good relations with Muslims," the father said.

Since the September 11, 2001 attacks on the United States by Al-Qaeda militants, US authorities have pulled out all the stops to prevent a repeat.

But some defense attorneys say law enforcement's role in luring suspects to take bait which can lead to an arrest on terror charges has been disquieting.

David Cole, a law professor at Georgetown University, described entrapment as a "legitimate but complicated and risky" tactic.

"On the one hand, to place an informant in a group of people who might be planning some illegal conduct is one of the most effective ways to prevent the attack from occurring," he said.

"The danger ... is that you can create crimes that would otherwise never have occurred," said Cole.

Francesca Laguardia, director of research at the Center on Law and Security at New York University, said debate about the appropriateness of such tactics has been raging within the legal community for years.

Jack King, director of public affairs of the National Association of Criminal Defense Lawyers, calls it "a very complicated area of law."

In order to establish whether an undercover sting is truly above-board, one has "to find out how the first contact between the agents and the people were initiated, whose idea it was in the first place to bomb a building, whether the defendant resisted that suggestion -- whether threats were used to force him to carry out the attempted crime," King said.

Even if the methods sometimes are viewed as questionable, law enforcement rarely is taken to task for what some view as overly aggressive methods.

"It's more difficult for a jury to credit the defendant's word over the word of the representative of US government, who says he was working undercover to try to protect people of the US," said King.

But Laguardia said proving malfeasance against investigators and prosecutors can be an uphill climb.

"It's very rare that you can prove entrapment in a case," Laguardia said.

"Entrapment requires that the defendant would never have done this thing if law enforcement agents hadn't come in and talked to him and actively changed his mind to bring him to a point of doing it."

North Texas Muslims React to Bomb Plot
Some think Smadi may have been a victim of entrapment
Aaron Smith
The 33 News/September 27, 2009

" ... Taufique says he's been here before, defending his faith. He says the alleged actions of Hosam Smadi were his own, not Islams. He also thinks Smadi may have been set up to fail saying, 'I hope it is not an entrapment, some of the parts seem to be like that.' Mustafaa Carroll of the Council on American Islamic Relations also agrees saying, 'I think that it's a bit far when you go in and you give the person the means and you coax them for six months or what have you.' ... "

Jordanian arrested in US was manipulated by FBI - father
By Hani Hazaimeh
www.jordantimes.com
27 September 2009

ANJARA - “They made my son a terrorist,” said Maher Smadi, whose 19-year-old son Hosam Smadi was arrested on Thursday by agents of the US Federal Bureau of Investigation (FBI) and charged with an attempt to blow up a 60-storey building in Dallas, Texas.

In an interview with The Jordan Times on Saturday, the father of two boys and four girls said he was contacted on Friday by some of his son’s friends informing him that his other son, Hussein, 18, was also arrested two hours after the arrest of Hosam, stressing that his two sons have nothing to do with terror or Al Qaeda.

According to a press release issued by the US Attorney’s Office in the Northern District of Texas, a copy of which was e-mailed to The Jordan Times: “Hosam Maher Hussein Smadi, 19, has been arrested and charged in a federal criminal complaint with attempting to use a weapon of mass destruction. Smadi, who was under continuous surveillance by the FBI, was arrested today [Thursday] near Fountain Place, a 60-storey glass office tower located at 1445 Ross Avenue in downtown Dallas, after he placed an inert/inactive car bomb at the location.”

“The criminal complaint alleges that Hosam Smadi sought and attempted to bomb the Fountain Place office tower, but a coordinated undercover law enforcement action was able to thwart his efforts and ensure no one was harmed,” David Kris, US assistant attorney general for national security, said in the statement.

“My sons have no political or religious affiliations with any party,” said Smadi, looking at his son’s picture. “They just made [Hosam] a criminal. They used his innocence and loneliness and his lack of experience in life in the US,” he added, acknowledging that what his son is charged with is outrageous and not acceptable, yet claiming that his son was manipulated by the FBI agents, whom he thought were Al Qaeda members.

Hosam and Hussein Smadi left for the US in 2007 following the death of their mother, who died in 2006 after battling cancer for many years, their father said, adding that the two brothers had been forced to quit school to remain next to their mother during her unsuccessful therapy cycle.

“They received their education at the Baptist School in Ajloun, before they dropped out at the ages of nine and eight years, although they were very smart and used to get high grades. Their mother’s illness was devastating to the whole family,” Smadi, who is the director of Kufranja Agriculture Directorate, said.

The brothers applied for and obtained visas from the US embassy in Amman and left for the US in the company of a family friend, with whom they had stayed for a few months before enrolling at a public school in Santa Clara, California. However, Smadi added, Hosam quit school six months later and started working in order to take care of himself.

Later on, he said, his son informed him that he married an American and applied for a Green Card, since his student visa did not qualify him to live and work in the US.

The Jordan Times contacted the US embassy in Amman to verify the father’s statement regarding the visas his sons used to get into the US, but embassy officials declined to give information, citing confidentiality of visa records.

The press release said that Hosam Smadi was discovered by the FBI “espousing a desire to commit significant acts of violence. Smadi stood out because of his vehement intention to actually conduct terror attacks in the US”.

According to the press release, on July 21, 2009, Smadi made contact with an undercover FBI agent posing as an Al Qaeda operative. In late August, while meeting with one of the undercover agents in Dallas, Smadi discussed the logistics and timing of the bombing, stating that he would have preferred to carry out the attack on “September 11”, but decided to wait until after the month of Ramadan, which ended on September 20.

The offence of attempting to use a weapon of mass destruction carries, upon conviction, a maximum statutory sentence of life in prison and a $250,000 fine, according to US law, the press release said.

Maher Smadi, however, accused the FBI of “entrapping” his son, provoking him to follow through on actions he would not have taken without the encouragement of the undercover agents.

“Instead of encouraging my son to become a terrorist, the FBI should have focused on changing his thoughts and putting him on the right track again. All they did was to add a new name to the list of terrorists,” he said.

Meanwhile, the government said they are following up on the case of Hosam and his brother Hussein and have contacted US authorities through the Jordanian embassy in Washington for more details on the case, the Jordan News Agency, Petra, reported yesterday.

“We asked the US government to provide us with full information about the circumstances of the case and the charges against Hosam Smadi in accordance with the international and Geneva conventions which guarantee the right of a fair trial for the defendant,” Minister of State for Media Affairs and Communications Nabil Sharif told Petra.