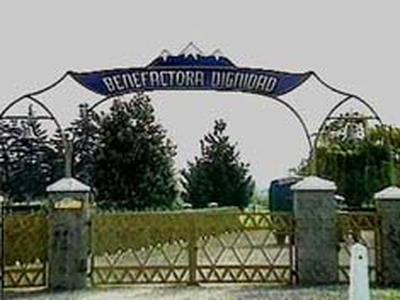 (Jan. 30, 2008) At a Tuesday press conference, Olga Weisfeiler expressed frustration over the lack of new information concerning the disappearance of her brother, Boris Weisfeiler. In the presence of newly arrived U.S. Ambassador Paul Simons, Olga said authorities have not done enough to investigate the case’s most important leads.

At a Tuesday press conference, Olga Weisfeiler expressed frustration over the lack of new information concerning the disappearance of her brother, Boris Weisfeiler. In the presence of newly arrived U.S. Ambassador Paul Simons, Olga said authorities have not done enough to investigate the case’s most important leads.

“Much time has past and, nevertheless, the three most important leads — the role of Chile’s military in Boris’ disappearance, the role of Colonia Dignidad, and Máximo Pacheco’s relationship with the informant ‘Daniel’ have not been investigated in depth,” Olga told reporters.

Boris Weisfeiler, a naturalized U.S. citizen originally from Russia, was a math professor at Pennsylvania State University. He disappeared under suspicious circumstances in 1985 while hiking in the south of Chile.

“He wanted to enjoy your country (Chile),” Olga said on Tuesday. “He was not interested in politics at all.”

Then, in 1987, a Chilean military informant known only as “Daniel” appeared and told U.S. embassy officials that he was a member of a patrol that arrested a foreign hiker two years earlier and concluded he was a Russian spy. According to the informant, Boris was alive and being held in Colonia Dignidad, a secretive colony founded by a known pedophile and former member of Nazi Germany's air force Paul Schaefer.

Besides ruling his followers with an iron fist, Schafer turned the colony into a torture center used by Pinochet’s secret police force during the 17-year dictatorship. It was not until Chile’s return to democracy in the 1990s that the charitable tax status of his organization was revoked and Schaefer prosecuted for crimes committed in Chile.

Meanwhile, between 1987 and 1997, “Daniel” met with Chilean and American officials on at least eight occasions, all of which have been documented by articles declassified by the U.S. government in 2000. Four of the meetings occurred in the office of Santiago lawyer Máximo Pacheco, during which time "Daniel" said that his life had been threatened.

Another meeting occurred with the former U.S. Consul Larry Huffman and Vice Consul Phillip Antweiler. “Daniel’s” final meeting occurred in 1997 with José Viera-Gallo, who was a senator at the time, but now serves as Chile’s Secretary General to President Michelle Bachelet. The meeting was facilitated by radio talk host Ricardo Israel, who arranged for the two to meet.

Encouraged by the declassifiaction of US government documents, Olga first came to Chile in 2000. In subsequent trips, she met with dozens of officials, including U.S. ambassadors, judges, and Michelle Bachelet, who was serving as Chile’s Defense Minister at the time. Olga would meet with Bachelet again in 2006 after she had assumed the presidency.

Olga also visited the Colonia Dignidad, located near the Region VII town of Parral, both in 2004 and 2007, but said she left the colony unsatisfied.

In spite progress at the start of the decade, Olga said Tuesday that Judge Jorge Zepeda, who is currently in charge of the case, “has not responded to offers of help from the United States embassy, which includes the cooperation of the F.B.I.” Olga adds that many of the U.S. documents have still not been translated into Spanish, and that Zepeda has refused grant the Weisfeiler family lawyer, Hernán Fernández, access to documents prepared by the police's investigations unit.

“He is not accepting any help from anybody,” she said.

“No, there is nothing at all. No new developments…it seems like everyone who has any connection to my brother here is gone,” Olga said.

When questioned by the Santiago Times about what the U.S. Embassy has done to pressure the Chilean army, Ambassador Simons said embassy officials “have arranged a set of meetings between army officials and Ms. Weisfeiler.” Simons would not comment on whether or not he believes that there is a “pact of silence” among Chilean army officials.

“I believe sometimes that this case will be solved. I do not know when. I do not know how,” she told the Santiago Times. “But, health permitting, I will continue to come. I will do so as much as I can…I need to find out about what happened to my brother. I need to find the truth to the case. I need to know. It needs to be done. I have no choice.”

The Santiago Times maintains an in-depth archive of the Boris Weisfeiler case, and Olga maintains a website dedicated to her mission for truth at http://boris.weisfeiler.com.