The Grotesque Cocaine Death of a Skadden Arps Partner 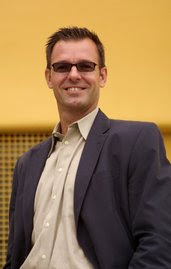 A Skadden, Arps, Slate, Meagher & Flom attorney died in Australia last week. According to the Courier-Mail in Brisbane, Mark Bronson, a 44-year-old partner in the firm's Tokyo office, flew into the Brisbane airport on Nov. 21 and was stopped by customs officials after a drug-sniffing dog took an interest in him.

The officials scanned his baggage, and his luggage tested positive for cocaine, though preliminary tests can be inaccurate. Then while talking with the customs officers, Bronson had a seizure, fell to the floor and began vomiting. He died later that day in the hospital.

According to the Courier-Mail, the cause of death has not been determined, and a scan showed that he wasn't carrying drugs in his body. However, the news article says his vomit allegedly tested positive for cocaine, and he may have thrown up pieces of plastic as well.

Bronson, according to a release on Skadden's Web site, was an "internationally recognized real estate and investment management partner" in Tokyo. He is listed as one of the world's leading lawyers in real estate in Chambers Global: The World's Leading Lawyers for Business 2007, and he devised many financing and investment methods used in Japan.

Bronson is survived by his wife and 5-year-old twins, and a memorial service will be held this Sunday in Tokyo. Robert Sheehan, the firm's executive partner says "Mark Bronson was an extremely accomplished and highly respected attorney. His passing is a tragic loss for his family, his friends and our firm."

So I guess he acted as his own mule, perhaps? Swallowing packets to sneak past customs? Sad..