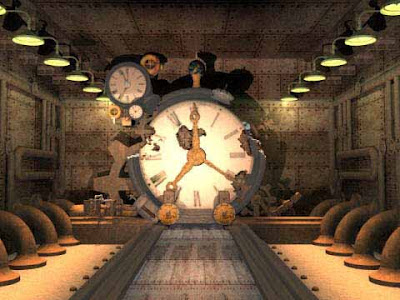 Taken from The New Statesman 1 February 1958

On 30 January 1933, Adolf Hitler was appointed German chancellor by President Paul von Hindenburg. At the time, Elizabeth Wiskemann was the New Statesman's young correspondent in Berlin. Her anonymous despatches were to provide a graphic portrait of the Third Reich's populist gestures and use of terror. In this first article, she emphasises how Hitler acquired power through backstairs intrigue but lost no time in exerting his supremacy.

This is the Year One—according to current Nazi inscriptions – of “Das Dritte Reich,” or the Nazi Kingdom of Heaven on earth. How can this be? What can it mean? Only in November the reactionary Papen Government was checkmated by the threat of a general strike, while the Nazis had two million voters in the Reichstag election; adversity at that time brought no sign of alliance. The conciliatory Schleicher Government took office, and the most competent judges—among those who dread civil war—breathed a sigh of relief. It may prove to be one of the tragedies of history that General von Schleicher had learnt wisdom too late to make effectual use of it; he lost confidence on the Right before he could gain it on the Left. In deference to the dictates of social justice, or at least of social need, Schleicher reverted to the principles of Brüning. The attack on wages was called off, and the settlement of unemployed upon the most desperately bankrupt estates of East Prussia was pursued. No just analysis of the present position can be made without considering the land question. The East Prussian Junkers were the celebrated backbone of the Hohenzollern Monarchy; not even Frederick the Great dared snap his own spine and attack their hold upon land and peasants, and Stein’s emancipation law was notoriously a dead letter. The Republic has tried to humour these gentlemen; by over-protecting their produce it foolishly helped them to produce too much, then established the” Eastern Relief” organisation to pay them further tribute. With the growth of urban distress this spoon-feeding had to be limited and the settlement policy evolved. When Brüning attempted to insist upon this, there was an outcry against the Hidden Hand of Moscow clasped in that of Rome.

Schleicher was innocent of Catholicism, but quickly damned as Marxist.

The Prussian Junkers are not afraid of sabotage and intrigue; they were able to influence the administration of Eastern Relief, and they resorted to behaviour which, on being examined by the Budget Committee of the Reichstag just after Christmas, was revealed to have been scandalous. But the Junkers were altogether unashamed, for while they have an exalted and not entirely unjustifiable notion of their own social worth, many of them have a genuinely feudal mentality. Land-owning is to them an inalienable right; it does not relate to money, and indebtedness therefore means nothing to them (only “Minusmenschen” like Jews are concerned with sordid notions of such a kind).

Throughout January the President was overwhelmed with indignant intrigue.

The fact that on his eightieth birthday the Junkers had arranged that he should—in the rather doubtful circumstances recently emphasised by Ludendorff — be presented with the East Prussian estate of Neudeck, emphasised his penchant in their favour. His growing senility and personal tastes were richly exploited, and Schleicher found the Presidential doors closed to him. It was interesting to hear a Brüningite, with unrivalled knowledge of the circumstances in which the last three Chancellors fell, observe that Schleicher was treated six times worse than Brüning. With the “ up-to-date” General fell the last semblance of Government by consent. “You see, he was a rational man,” one Junker complained to me in disgust.

Meanwhile the Papen-Hugenberg-Junker plotters were conspiring for Hitler’s co-operation, which, by robbing the workers of Nazi support, would emasculate the threat of a general strike. It seems probable that the industrialists were enlisted to alleviate Hitler’s indebtedness. Yet only by the notorious Putsch rumours admittedly circulated by the Herrenklub aided by the correspondent of the Daily Express— the unfounded implication that Schleicher and the Army were about to seize political power—was Papen able to overcome the Nazi leader’s resistance.

On January 30th the Government of national concentration was established. The Nationalists were able to concentrate all the economic jobs, both in the Reich and in Prussia, in the hands of the incorrigible Hugenberg; the conflict between agrarian and industrial interests was to be ended by making Hugenberg responsible for both. The President kept his own nominees at the Treasury and the Foreign Office, and replaced Schleicher at the Defence Ministry by General von Blomberg. While the Nazis were bought off with the Chancellorship and the power to persecute their political opponents from the Ministries of the Interior in Reich and Prussia, the office of Vice-Chancellor was revived—as a check upon the Chancellor— in favour of the nationally discredited Papen, who is still the favourite of the Hindenburgs, father and son. The spirit of the new Cabinet was perfectly expressed by the appointment of Seldte, mineral water manufacturer and leader of the Stahlhelm, to the Ministry of Labour.

At first the impression prevailed that Hitler had again been tricked by the Die-hards, but already doubts are arising lest they have bitten off more than they can swallow. The first week of paradise has brought the wholesale eviction of all kinds of officials in favour of the Government parties, the precipitation of election campaigns in Reich and Prussia, and something more than the restoration of the Papen Government’s decrees for the suppression of public meetings and newspapers. Beyond that there has been a skilfully organised Nazi stampede of the nation, by a dexterous combination of honeyed words from Hitler with the seduction of pageantry against a background of terrorism. The Chancellor’s new slogan of two Four Year Plans was an unblushing demand for irresponsible power. Meanwhile frank murders of Socialists and Communists go unpunished; the now official Nazi press has a superb technique by which these crimes are presented as the splendid actions of provoked heroes. “Preussen frei,” by the way, was the headline, when the Prussian Landtag was unconstitutionally dissolved on Monday.

The perfection of Nazi ritual culminated in the State funeral of Maikowski and Zauritz on Sunday. Maikowski was what we should call a gangster; he was the member of Storm troop 33, notorious for its “toughness”; he had confessed to the murder of a Communist in “ self-defence.” He had been amnestied during the Schleicher regime and was shot by a Communist on his return from the Nazi Torchlight procession on January 30th. In the same Nazi-Communist scuffle a policeman, Zauritz, was mortally wounded; the available evidence suggests that a Nazi, not a Communist, was responsible for his death. With their extraordinary flair for the dramatic exploitation of social emotion, the Nazis decreed that there should be a double State funeral, although only Ebert, Stresemann and Muller have been honoured in this way since 1918. Hitherto the Prussian police have been good Republicans, and Zauritz was well loved by working men, as the Communist wreaths placed where he fell have shown, but his family felt powerless, they said, to modify the official plan.

It was indeed a clever device by which the nuptials of Nazis and police could be bravely celebrated, and one saw a new occurrence — policemen giving the Fascist salute while the Storm troops paraded outside the cathedral; it seemed, perhaps, too difficult to risk dismissal by Goring (Nazi Commissioner for the Interior in Prussia) while the magnificent Swastika banners were passing. The Protestant Church of Germany, disestablished by the Revolution, has long had Nazi sympathies, but never before has she so completely sealed her submission to Hitlerism. Only it seemed strange that Christ should hang upon a cross above Maikowski — Odin, or even Loki, would have looked less out of place. Lastly came Monarchy to woo Hitlerism; the Crown Prince, mounting the altar steps to add his to the piles of wreaths, took care to be the most prominent individual inside the cathedral. And the crowds at last went home, satisfied that “Germany is awake.” It would be absurd to ignore the sincerity of the spectators; they believe that Socialists or pacifists are inferior beings, whom, in the interest of “Das Dritte” — or should I say “Das Heilige Rassische Reich” (The Holy Racial State)? — it is justifiable to coerce morally, and, in the last case, mortally. This is the Communist view of the Bourgeois, no doubt; yet one longed a little for a Voltairean pen to denounce a new “Infâme.”

The last moment capture of power, by men who were thought—by the most cautious and informed observers — to be too much discredited to have a political future, has created in Germany a more efficient reactionary machine than ever existed in pre-war Russia. One searches almost in vain for any ray of hope. The Socialists and the Trade Unions are far too pessimistic and afraid. The Communists, who will probably be officially suppressed just before or just after the elections of March 5th, have an almost puerile faith in the wonders to be worked by the mere solidarity of unarmed workers.

Quarrels within the Cabinet, or between Hugenberg and the Reichsbank over high protection and the defence of the currency, while they appear imminent, may not lessen the reactionary hold on executive government.

The Centre Party and the South Germans are showing some mettle, and the press is still fairly free in Munich. Ultimately the Reichswehr may yet be a decisive factor, and there are some whose hope rests there. Blomberg is reputed to be a man of integrity, and when Schleicher took leave of the Army he took care to remind the soldiers that they should never forget to help and serve “alle Volkschichten.”
http://www.newstatesman.com/200801310056
Posted by Alex Constantine at 1:00 PM