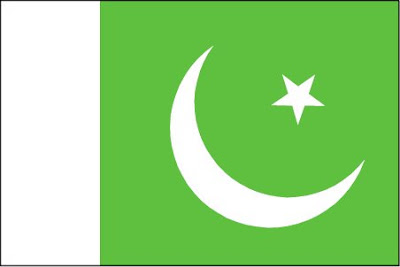 America's massive military aid package to Pakistan has come under scrutiny after allegations that as much as 70% of $5.4bn in assistance has been misspent.

Since 2002, the US has paid the operating costs of Pakistan's military operations in the tribal belt along the Afghan border, where Taliban and al-Qaida fighters are sheltering.

Pakistan provides over 100,000 troops and directs the fight; the US foots the bill for food, fuel, ammunition and maintenance. The cash payments — averaging $80m a month — have been a cornerstone of US support for President Pervez Musharraf.

But over the past 18 months, as militants seized vast swaths of the tribal belt and repelled a string of Pakistani offensives, the funding has come under the microscope.

American officials processing the payments at the US embassy in Islamabad have concluded that the Pakistani expense claims have been vastly inflated, two western military officials told the Guardian.

"My back of envelope guesstimate is that 30% of the money they requested to be reimbursed was legitimate costs they expended," said one, speaking on condition of anonymity.

The official said the US did not know what happened to the remaining 70% - approximately $3.8bn - but suspected that some may have been spent on F-16 fighter jets or a new house for an army general.

Other than that, he said, at least half the money was thought to have disappeared. "Who knows, the roads on Constitution Avenue [in Islamabad] may have been paved with part of this money."

The Pakistani military forcefully denied the accusations. "As far as the military is concerned, I can assure you we have full account of these things," said spokesman Major General Athar Abbas.

Gen Abbas admitted there had been some US complaints but denied serious irregularities.

"Yes there are minor issues they keep raising, but at no stage have we received any formal complaint from any official channel," he said.

The controversy highlights not only strains in the relationship between Washington and Islamabad but also the limits of President George Bush's "war on terror".

Pakistani officials say they have lost over 1,000 soldiers in the tribal areas since 2002 - twice as many as the US has lost in Afghanistan - and caught or killed over 1,000 "terrorists".

US officials, who have propped up Musharraf as militants rampaged across the tribal belt and beyond, feel they have received bad value for money.

Ordinary Pakistanis are angry with both sides. Anti-American sentiment has touched a new high while anger towards Musharraf contributed to the thrashing his party received in last week's election.

The scale of US military assistance was shrouded in secrecy for years. When it became public, so did its extraordinarily lax accounting procedures.

Every month the Pakistani military submits expense claims averaging $80m to the US embassy in Islamabad. No receipts are provided, and the money is paid directly into the Ministry of Finance.

Poorly accounted claims caused the US to suspend payments for several months last spring, a second official said. The Washington Post reported last week that a claim for "roads and tracks" from the Pakistani navy had been rejected.

Gen Abbas said the navy was "also involved in the war on terror because they have to guard against infiltration of arms and explosive from abroad."

The scale of the problem has led US officials to share their worries with other allies in Pakistan.

US politicians have used the payments to exert pressure on Musharraf. On the eve of last week's vote, Senator Joe Biden, head of the Senate Foreign Relations committee, warned that funding could be slashed if there was widespread rigging.

But analysts and officials say the US is unlikely to turn off the cash tap anytime soon, given Pakistan's importance in the hunt for Osama bin Laden and other foreign fugitives.