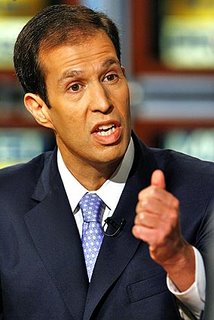 Ken Mehlman, chairman of the Republican National Committee, was Abramoff's point-man at the Bush White House

WASHINGTON — For five years, Allen Stayman wondered who ordered his removal from a State Department job negotiating agreements with tiny Pacific island nations — even when his own bosses wanted him to stay.

Newly disclosed e-mails suggest that the ax fell after intervention by one of the highest officials at the White House: Ken Mehlman, on behalf of one of the most influential lobbyists in town, Jack Abramoff.

The e-mails show that Abramoff, whose client list included the Northern Mariana Islands, had long opposed Stayman's work advocating labor changes in that U.S. commonwealth, and considered what his lobbying team called the "Stayman project" a high priority.

"Mehlman said he would get him fired," an Abramoff associate wrote after meeting with Mehlman, who was then White House political director.

The exchange illustrates how, more than two years after the corruption scandal surrounding the now-disgraced Abramoff came to light, people are still learning the extent of the lobbyist's ability to pull the levers of power in Washington. The latest revelations provide more detail than the Bush administration has acknowledged about how Abramoff and his team reached into high levels of the White House, not just Capitol Hill, which has been the main focus of the influence-peddling investigation.

The e-mails, disclosed as part of a report by the House Government Reform Committee, show how Abramoff manipulated the system through officials such as Mehlman, now the chairman of the Republican National Committee. Doing so, Abramoff directed government appointments, influenced policy decisions and won White House endorsements for political candidates — all in the service of his clients.

The report found more than 400 lobbying contacts between Abramoff's team and the White House.

Besides the Stayman matter, the e-mails reveal Mehlman's role in helping an Abramoff client, the Mississippi Band of Choctaw Indians, secure $16.3 million for a new jail that government analysts concluded was not necessary. Mehlman also helped Abramoff obtain a White House endorsement in 2002 of the Republican gubernatorial ticket in the U.S. territory of Guam.

Abramoff pleaded guilty in January to federal charges in a congressional bribery investigation that continues to loom over Capitol Hill and the GOP. A Senate subcommittee concluded that Abramoff fleeced Indian tribes out of millions of dollars in fees that he split with one of his associates.

The scandal has touched just one West Wing staffer, Susan Ralston, a onetime Abramoff aide who resigned this month as executive assistant to strategist Karl Rove after congressional investigators documented frequent contact with the lobbyist's team.

Mehlman said he did not recall the details of his contacts with the Abramoff team, including discussions about Stayman, the former State Department official. But he said such interactions were part of his job as White House political director.

"I was a gateway," Mehlman said in an interview. "It was my job to talk to political supporters, to hear their requests, and hand them on to policymakers."

Mehlman said he had known Abramoff since the mid-1990s and would listen to his requests along with those of other influential Republicans.

Mehlman, a Baltimore native and graduate of Harvard Law School, has remained a GOP power player since stepping down as political director in 2003. He built the party's grass-roots get-out-the-vote strategy, managing President Bush's 2004 reelection campaign before taking over the RNC last year.

Democrats charge that Mehlman may have acted unethically during his time at the White House, lobbying for government actions at Abramoff's behest, even when policy experts disagreed with the decision.

The senior Democrat on the House Government Reform Committee, Rep. Henry A. Waxman of Los Angeles, points to e-mails suggesting that in June 2001, amid negotiations over whether to fire Stayman, Mehlman requested and might have been given two U2 concert tickets in Abramoff's suite at what was then the MCI Center (now the Verizon Center).

Ethics rules prohibit officials from accepting gifts worth more than $20 from a person doing business with the government, although there are exceptions. Ethics officials typically consider such suite tickets to be worth the same as the event's most expensive tickets, which in this case was $133 apiece, according to Waxman's office.

"Please tell me we can fit two more in for Friday," lobbyist and Kevin Ring wrote to Abramoff, his partner. "Ken Mehlman of the White House apparently wants to go." On the day before the concert, Ring wrote to Abramoff that a resume for a Stayman replacement had been "sent to our conduit."

Referring in the same e-mail to an unrelated Labor Department appointment, Ring said he "will talk to Mehlman at the concert tomorrow night."

A former Abramoff associate remembers Mehlman attending the concert. Mehlman said he did not recall it. "I've been to several U2 concerts, but I don't know whether I went to that one," he said. "But I can tell you that as political director I was always very careful to make sure everything I did was above board and consistent with the rules."

Waxman said the e-mails suggested Mehlman may have "violated fundamental ethics regulations and the law."

"There are serious questions that Mr. Mehlman needs to address with candor and that Congress should investigate thoroughly," Waxman said.

The e-mails disclosed in the House report showed that Mehlman was involved in a variety of matters of interest to Abramoff, one of which bore fruit for the lobbyist after he discussed delivering campaign contributions to GOP causes.

Tony Rudy, a onetime aide to former Rep. Tom DeLay (R-Texas), referred to Mehlman on Nov. 9, 2001, as a "rock star" after Mehlman agreed to "take care of" the Choctaws' jail, despite a Justice Department finding that the tribe's existing jail was adequate.

Several days after that meeting, on Nov. 13, Rudy recommended a $15,000 contribution to the Republican National Committee. "Let's give the check to Ken Mehlman at the White House," wrote Rudy, who later pleaded guilty to conspiracy charges in the broader investigation.

On Nov. 15, campaign finance records show, the tribe gave $10,000 to the RNC. Overall, the tribe gave $120,000 in the 2002 election cycle to Republican committees and $95,000 to Democratic committees, according to the Center for Responsive Politics.

Two weeks after the RNC received its check, Susan Butler, chief of staff to U.S. Rep. Charles W. "Chip" Pickering, a Mississippi Republican whose district includes the Choctaws, e-mailed Rudy to say that she had discussed the issue with Mehlman and others and that "they were very positive and promised to work with us on it."

When Justice Department officials relented and released the money for the jail, giddy Abramoff associates planned to host agency officials in a suite at a Dave Matthews concert.

"I have the suite filling up with DOJ staffers who just got our client $16 million," one wrote. Another replied that the agency officials deserve any reward they want, "opening day tickets, Skins v. Giants, oriental massages, hookers, whatever."

Three weeks later, Abramoff received a note from Ralston, then Rove's assistant, saying that Mehlman had gotten a quote from the White House for "your Guam candidates." She also asked Abramoff to send his requests in the future to "Ken only."

For Stayman, learning more about how Abramoff used White House connections helped him understand why, five years ago, he found himself looking at a career change.

His job was up for renewal, but his State Department supervisors wanted to keep him on to finish a project that was expected to take more time.

"With only about a year left on my appointment, I didn't think it would trigger any interest from the White House," Stayman said. "I assumed that Abramoff was behind it, but I didn't know the details, who called whom and how much effort it took."

Unbeknownst to Stayman, though, within weeks of Bush taking office, the "Stayman project" was in full swing.

State Department officials resisted the dismissal, and negotiations dragged on for months. In May 2001, one of Mehlman's deputies assured Abramoff's team that, "Obviously, this guy cannot stay."

That July 9, Ralston e-mailed Abramoff with news of a deal on Stayman: "He'll be out in four months."