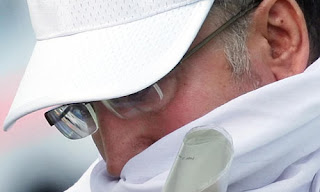 The Libyan man convicted of the Lockerbie bombing today published more documents he claims prove his innocence. Abdelbaset Ali Mohmed Al Megrahi insisted the move was not meant to add to the upset of the people
"profoundly affected by what happened in Lockerbie".

But he added: "My only intention is for the truth to be made known."

Megrahi, who has terminal prostate cancer, was controversially freed from prison on compassionate grounds earlier this year. He had been serving a life sentence at Greenock prison for the bombing of the Pan Am flight 103 in 1998, in which 270 people were killed. Before his release, the bomber dropped his second appeal against that conviction.

His Scottish lawyers, Taylor and Kelly, said Megrahi remained ill in hospital in Tripoli, and that the documents published on the website www.megrahimystory.net related to his appeal.

In a statement Megrahi said: "I recognise that the Court of Criminal Appeal in Scotland is the only authority empowered to quash my conviction. In light of the abandonment of my appeal this cannot now happen." However he added: "I continue to protest my innocence - how could I fail to do so?"

Megrahi said much of the material published today was "buttressed by the independent investigations of the Scottish Criminal Cases Review Commission". It was the commission that referred Megrahi's case back to the courts for its second appeal. Megrahi - who was convicted of the bombing in January 2001 at a Scottish court convened in the Netherlands - had mounted an unsuccessful appeal in 2002.

But in 2007 the Scottish Criminal Cases Review Commission, which investigates possible miscarriages of justice, sent his case for a subsequent appeal. Today he said: "The commission found documents which they concluded ought to have been disclosed to my defence." And he claimed this included a "record of interest in financial reward" by Tony Gauci, the Maltese shopkeeper who sold clothing found to have been in the suitcase that contained the bomb.

Megrahi also said the commission had seen documents which should have been given to his defence team at the trial.

He stated: "The commission concluded that the non-disclosure of these documents and other material may have affected the trial process and caused a miscarriage of justice."

A spokesman for the Scottish Government said Justice Secretary Kenny MacAskill made his decision to free Megrahi "based on the due process of Scots Law" and he "supports the conviction". He added: "The Scottish Government has already released as much relevant information as possible, and have met with the SCCRC to look at what documentation relating to the appeal could be released by them."

The newly-published papers include claims that Tony Gauci was paid two million dollars (about £1.2m) by US authorities after the trial. Much of the document published today relates to evidence which, Megrahi's lawyers say, was not produced at his trial.

When the Scottish Criminal Cases Review Commission sent Megrahi's case to the appeal court, it said doubt had been cast on some of the evidence which helped convict him, in particular evidence relating to his visit to Tony Gauci's shop in December 1988.

New evidence suggested the clothing had been bought before December 6, at a time when there was no evidence that Megrahi was in Malta, said the SCCRC. And other evidence not available at the trial undermined Gauci's identification of him, it said. 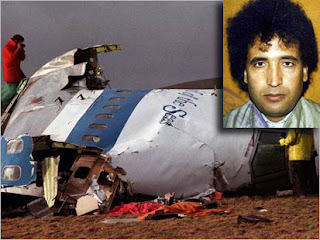 Much of what is published today on the Megrahi website relates to Gauci's identification.

The SCCR also unearthed a statement made to police by David Wright, a friend of Tony Gauci, which had not been made available to the defence. The statement from Mr Wright, who visited Tony Gauci, told of a purchase of clothing by two Libyans in October or November - but the statement was not investigated.

Other arguments put forward in the documents relate to alleged inconsistencies in identification evidence, and to the possibility of Mr Gauci's recollection being tainted by "prejudicial" publicity.

The previously undisclosed evidence of David Walker was found by the SCCRC.

A friend of Mr Gauci and long-standing visitor to Malta, he called police in November 1989 after seeing TV coverage of Lockerbie which included footage of Mr Gauci's shop. He told police he visited Mr Gauci in his shop in late October or November 1988, and saw two Libyans buy clothing. The pair were smartly-dressed, had a lot of money, and bought several items of clothing.

Mr Gauci had referred to them as "Libyan pigs", and the descriptions given by Mr Walker did not resemble Megrahi. But no further inquiries were made and Mr Walker's statement was not disclosed to the defence, the papers say.

The material showing that Mr Gauci asked for and received payment was also unearthed by the SCCRC, say the papers.

The commission found material showing that, at an early stage, he expressed an interest in receiving payment or compensation. The material also "indicated" that US authorities offered to make substantial payments to him, that an application for reward money was made after the trial - and that Mr Gauci received "in excess of" 2 million dollars after the appeal, with his brother receiving 1 million dollars.

"The SCCRC states that, at some time after the appeal, the two witnesses were each paid sums of money under the Rewards for Justice programme administered by the US Department of Justice," said the papers.

And none of this had been disclosed to the defence, the papers say.

http://www.independent.co.uk/news/uk/crime/lockerbie-bomber-issues-more-evidence-of-innocence-1796715.html
Posted by Alex Constantine at 10:37 AM