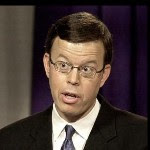 " ... Talent’s primary paying job is as a consultant with the public relations firm Fleishman-Hillard [The linked page details Fleishman-Hilliard's place in the 9/11 covert operation]. He is a distinguished fellow at the Heritage Foundation, with a specialty in military readiness. He also sits on an advisory panel for the chief of naval operations. ... "

ST. LOUIS | Former U.S. Sen. Jim Talent, who has kept active politically since losing his re-election race in 2006, is helping lead a panel that says the country could face another terrorist attack by the end of 2013 — possibly involving a biological agent.

The Republican from Missouri, who was defeated by Claire McCaskill, a Democrat, is working in particular on issues such as national security and military preparedness, the St. Louis Post-Dispatch reported last week.

He supports legislation introduced last week to better prepare for a terrorist attack, an issue he has worked on extensively. He also is vice chairman of the Commission on the Prevention of Weapons of Mass Destruction Proliferation and Terrorism, which grew out of the 9/11 Commission.

The panel said in December that unless the world acts with great urgency, “it is more likely than not that a weapon of mass destruction will be used in a terrorist attack somewhere in the world before the end of 2013.” The commission said the weapon most likely to be used would be a virus, a bacterium or a disease-causing toxin.

Talent supports the new bill to mandate security standards at American labs that house the world’s most dangerous germs. The proposed legislation also requires a strategy to dispense medicine to combat a biological attack, including using the Postal Service to distribute medicine if necessary.

“I think a big part of preparation is for Americans to better understand the threat and take steps to prepare,” he said.

Talent’s primary paying job is as a consultant with the public relations firm Fleishman-Hillard. He is a distinguished fellow at the Heritage Foundation, with a specialty in military readiness. He also sits on an advisory panel for the chief of naval operations.