2003 Introduction to "The Seizing of the American Broadcasting Company"

Note: Andy Boehm, author of "The Seizing of the American Broadcasting Company," was the editor of Prevailing Winds, the now-defunct anti-fascist samizdat catalogue that ran my articles in the mid-'90s, and first published the subject of this essay by Jim DiEugenio, Andy's classic study of Cap Cities/ABC and its bonds to the CIA. Andy is also a close friend of mine. He was hit by a car while crossing the street in Santa Barbara a few years ago, and suffers chronic incapacitation and pain. He is no longer writing. Andy's contributions to legitimate journalism, all too rare in the Fox Age, were guttered by the accident, an immense loss to the Mae Brussell school of political research and the journalistic wasteland beyond. - AC 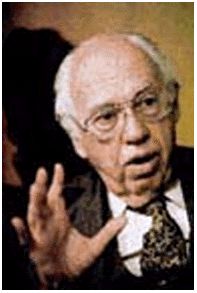 At the time it appeared, Andy Boehm's article was the most thoughtful analysis of William Casey's maneuvering to take over ABC. In fact, it was the only article we were aware of to consider the serious questions that this leveraged buyout posed. At the time it occurred, it was the most blatant attempt yet at controlling the broadcast media by an intelligence officer who was also a friend, ally, and investor in corporate sponsored media; in this specific case, Cap Cities, the entity Casey used to orchestrate the buyout. Of course, Casey's 1985 maneuvering foreshadowed a creeping control by corporate-CIA friendly investors that later broke into a full gallop. Two present day examples would be the Fox Network controlled by rightwing GOP crony Rupert Murdoch, and the Clear Channel radio network whose Texas owners are friendly with President Bush and reportedly sponsored the pro-Iraq war demonstrations to blunt the effect of the huge anti-war demonstrations held last year. Perhaps if more reporters would have examined the Cap Cities/ABC buyout, the warning sounds of what was to come to pass in American media would have been clearer and louder.

Boehm's article was generally overlooked at the time. Although today, in light of the above, it has even more relevancy than when it was published. But the article has one serious shortcoming that necessitates this introduction. It does not spell out clearly enough why CIA Director Casey was so angry with ABC and so determined to get his friends and fellow investors at Cap Cities to move in on it. Boehm refers to this in a brief section of his essay as follows: " The CIA was ostensibly upset because on Sept. 19-20, 1984, ABC News had aired allegations that the agency had contracted for the murder of Ron Rewald, a Honolulu swindler who claimed that his scams were directed by the CIA, of which he claimed to be a secret agent." (Italics added) ...

http://constantineinstitute.blogspot.com/2008/06/2003-introduction-to-seizing-of.html
Posted by Alex Constantine at 9:32 AM