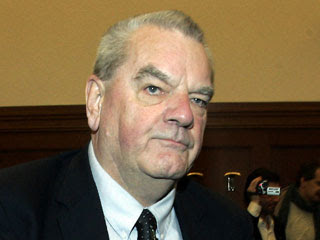 EUGENE, Ore. (AP) - A British author convicted of denying the Holocaust has been invited to speak at the University of Oregon - but not at the school's invitation.

Irving was invited by the Pacifica Forum, a group that arranges talks at the Oregon campus. University officials say the Pacifica Forum is not affiliated with the school, and Irving's talk was scheduled under a policy that allows retired professors to book rooms on campus.

Irving has been met by protesters at other talks in the past, including Oxford University last November. In April, he lost a court fight against a bed and breakfast owner in England who threw him out after he apparently upset guests.