The Day Canada Declared Itself a Fascist State 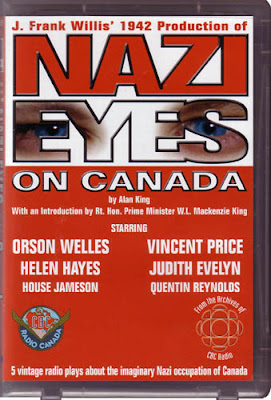 " ... the police used agent provocateurs at the 2007 Montebello SPP meeting; there is a planned introduction of biometric IDs in our driver's licenses that can be used to track and trace our every move; we see ongoing harassment of peace activists; we have overly broad anti-terrorism laws that could be applied to anyone opposing government policy; racial profiling is conducted on a regular basis; the police are tasering people with very little or no provocation and with increasing regularity ... "

PEJ News - Gselzler - On March 31, 2005, the leaders of Canada, the United States and Mexico signed the Security and Prosperity Partnership of North America or as it is now commonly referred to the SPP.

The SPP, also known as Deep Integration, is an agreement to integrate the laws, regulations and systems governing and controlling Canadian society with the corresponding laws, regulations and systems in the U.S. and Mexico. This includes, but is not limited to finance, economics, energy, water, transportation, security, military, labour market, law enforcement, intelligence, emergency management, telecommunications, health care, and food, health and environmental regulations. Agreement and enforcement of a common standard must necessarily result in a loss of control and sovereignty over all these critical aspects of our society.

As if signing an agreement that will inevitably result in a loss of Canadian sovereignty wasn't bad enough, what occurred on that final day in March of 2005 was nothing less than the open declaration of Canada as a fascist state.

Now you might be asking yourself was I sick that day and missed the memo, or what does signing an agreement with a couple of other countries have to do with fascism? The answer is not in the signing of the agreement per se but rather the manner in which it was brought into existence and how it is being administered today.

The SPP came out of the Independent Task Force on North America, a project organized by the United States Council on Foreign Relations, the Canadian Council of Chief Executives, and the Mexican Council on Foreign Relations. It was launched in October 2004 and published two documents: "Trinational Call for a North American Economic and Security Community by 2010" (March 2005) and its final report "Building a North American Community" (May 2005). So right out of the gate, we have organizations representing the business and political elites getting together out of sight to create the framework for the SPP without any consultation with your elected representatives, the public or any other group that might have an interest in the outcome.

The secrecy continued and the resulting SPP agreement that came out of the Task Force was negotiated (or rubber stamped perhaps) in more secret meetings. The first time most people heard of it was the announcement of signing of the agreement by the 3 leaders in Waco, Texas on March 31, 2005.

It is this very secrecy, the inclusion of business leaders and government officials and the exclusion of everyone else that gives away the fascist nature of the new Canada.

"Fascism should more appropriately be called Corporatism because it is a merger of State and corporate power." - Attributed to Benito Mussolini (1883-1945), Fascist Dictator of Italy

And just to make things absolutely clear as to who was to have ongoing input, at their March 2006 meeting the 3 leaders created the "North American Competitiveness Council" (NACC) made up of 30 CEOs from large companies (10 from each of the 3 countries) with the Canadian Council of Chief Executives (CCCE) providing the Canadian contingent. The NACC arrangement gives corporations exclusive access to the SPP talks, by-passing the legislatures and public in the three countries . Never mind, that only CEOs are allowed to have any ongoing say in the process, how about the fact that they are in a conflict of interest position since the corporations they represent are in a position to profit from the outcome.

"The first truth is that the liberty of a democracy is not safe if the people tolerate the growth of private power to a point where it becomes stronger than their democratic state itself. That, in its essence, is fascism--ownership of government by an individual, by a group, or by any other controlling private power." - Franklin D. Roosevelt in an April 29, 1938 message to Congress

Now, even if you agree this corporate/government marriage is fascist in nature, you're still going to have a tough time accepting that it's really happening in Canada. I mean come on fascism in Canada - our grandfathers fought against that in World War II and every day when I go about my daily life I don't see any obvious signs of a police state. This is precisely the problem we face - because we have never known tyranny in our lifetimes, we find it hard to recognize and even harder to accept.

“The essence of fascism... is that government should be the master, not the servant, of the people.” - Thomas DiLorenzo in his piece "Economic Fascism"

But if we look closely, there are warning signs of the tyranny to come are all around us. They are subtle but they are there if you have the courage to look. For example, the police have been militarized in preparation for crowd control duties for unspecified reasons; the police now wear dark blue or black uniforms; no fly lists arbitrarily restrict a citizen's right to travel; the government has authorized detention without trial; the police used agent provocateurs at the 2007 Montebello SPP meeting; there is a planned introduction of biometric IDs in our driver's licenses that can be used to track and trace our every move; we see ongoing harassment of peace activists; we have overly broad anti-terrorism laws that could be applied to anyone opposing government policy; racial profiling is conducted on a regular basis; the police are tasering people with very little or no provocation and with increasing regularity; the banks are promoting a cashless society where every financial transaction is tracked; there are ongoing attempts to undermine Internet neutrality and give control of the Internet to corporate interests; and of course there is the always unpopular gun registry where the government knows who has a firearm and where to come and get it if they want to confiscate it. If you look around you'll surely see many, many more signs...it's all around us and the reasons we have been given are at best excuses and at worst outright lies.

You are living in fascism. It's in its infancy but growing daily.

As Milton Mayer pointed out in his book “They Thought They Were Free”, the Germans in the 30's thought they were free and didn't recognize the warning signs until it was too late.

Even Naomi Wolf is starting to get it. In her new book "End of America: Letter of Warning to a Young Patriot" and the related London Guardian article "Fascist America, in 10 easy steps", she details how would-be dictators shut down free societies. In interviews I've heard and watched online she compares the U.S. today to Germany in 1933 where Hitler was passing law after law legally taking away the people's rights and all the while most people were oblivious to it until it was too late. Is Canada today really that much different?

It is an unfortunate truth that governments left to themselves without the constant watchful eye of the public always end in tyranny. This is a universal historic fact. They always end in tyranny and repression. Your people need you. Your family needs you. Educate yourself, tell your friends, family and co-workers, and voice loudly your concerns to your MLAs and MPs. Speak up while you still can. The trend line is clear and the signs are all around us – if we do nothing, if you do nothing, you, your family, your friends and all those you love will suffer the consequences.

Stay informed.Subscribe and get the best of PEJ News by email. Free.
Prometheus Institute does not endorse any article or comment that is published on PEJ.org. The opinions expressed in all articles and comments are those of the authors and not of Prometheus Institute or the Peace, Earth & Justice News.

http://www.pej.org/html/modules.php?op=modload&name=News&file=article&sid=7155&mode=threadℴ=0&thold=0
Posted by Alex Constantine at 7:09 AM