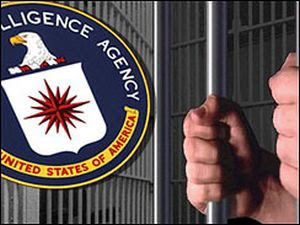 In an attempt to limit political damage and protect the highest officials, the new U.S. Attorney General Michael Mukasey has ordered a special investigation of the decision in 2005 to destroy tapes of CIA interrogations made in 2002 of two alleged high-level Al-Qaeda officials. The investigation is limited to how the decision was made and who made it. It is not supposed to probe the content of the tapes, which are said to show brutal interrogations using torture.

Washington often claims to be the champion of “human rights” and uses an alleged lack of human rights to attack or impose sanctions on those it considers its enemies. Since the invasions and occupations of Afghanistan and Iraq, however, Washington and especially the CIA have become identified with torture of prisoners, from Baghram in Afghanistan, to Abu Ghraib in Iraq, to Guantánamo on the U.S.-occupied eastern tip of Cuba.

Since torture is illegal within the U.S.—at least on paper if not in practice—the CIA has even outsourced interrogations to client states, a process called “rendition.”

The tapes destroyed involve hundreds of hours of interrogation of Abu Zubaydah and Abd al-Rahim al-Nashiri. Both were captured in 2002 and are now being held at Guantánamo Bay among the 275 remaining prisoners of the 800 who had been held there since 2001. Zubaydah was captured in a firefight in Pakistan in March of 2002 and interrogated then at a CIA safe house in Thailand. Al-Nashiri was captured in the United Arab Emirates.

Zubaydah confessed to being a high-ranking al-Qaeda official. Al-Nashiri said he planned the 2000 attack against the USS Cole in Yemeni waters, which blew a hole in the side of the guided-missile destroyer and killed 17 sailors. The U.S. authorities classified both as “enemy combatants.”

Since U.S. interrogators admittedly used extreme sensory and sleep deprivation, along with waterboarding—and who knows what else—to get these confessions, it is possible that in 2002 the two prisoners told their interrogators anything they believed might stop the punishment. Both have since challenged the confessions, saying they were obtained under torture.

By the end of 2002, the CIA says it stopped taping interrogations. For the next three years, CIA legal counsels, CIA heads George Tenet and Porter Goss, discussed among themselves and with White House counsel whether or not the CIA could get away with destroying the tapes. Jane Harman of California, the ranking Democrat on the House Intelligence Committee, wrote a letter advising the CIA not to destroy the tapes.

Despite legal advice that destroying the tapes might interfere with future investigations, the CIA kept pushing to destroy the tapes. The Bush administration, whose Attorney General Alberto Gonzalez had provided a legal defense of brutal interrogation techniques (while refusing to call them torture), at the very least failed to order the CIA to desist from destroying the tapes.

In June 2005, U.S. District Judge Henry H. Kennedy ordered the Bush administration to safeguard “all evidence and information regarding the torture, mistreatment and abuse of detainees now at the United States Naval Base at Guantanamo Bay,” which would include the above tapes. Nevertheless, in November 2005, the CIA destroyed the tapes, under orders from Jose Rodriguez, who headed the National Clandestine Service.

The CIA claimed it destroyed the tapes to protect the safety of the interrogating officers from retaliation from al-Qaeda. Other observers said it was also to protect these officials’ careers.

But most suspect the CIA destroyed the tapes with the blessing of the White House because public exposure of the torture would make Washington even more hated than the Abu Ghraib prison scandal did.

The New York Times wrote: “Interrogations of Abu Zubaydah had gotten rougher, with each new tactic approved by cable from headquarters. [U.S.] American officials have said that Abu Zubaydah was the first al Qaeda prisoner to be waterboarded, a procedure during which water is poured over the prisoner’s mouth and nose to create a feeling of drowning. Officials said they felt they could not risk a public leak of a videotape showing [U.S.] Americans giving such harsh treatment to bound prisoners.” (Dec. 30)

Mukasey, while being questioned by Congress before his appointment as attorney general, refused to say if he believed that waterboarding was torture. The tapes would leave no doubt that it is.

While the Justice Department is attempting to limit the investigation, a popular revulsion against the Bush administration makes it possible that the probe will go further than expected. Already, progressive organizations of attorneys like the Center for Constitutional Rights—which has taken the lead in organizing legal defense of the prisoners in Guantánamo and elsewhere—have raised protests against the Bush gang’s attack on constitutional rights and have called on Congress to act. The last word on the CIA tapes is yet to be spoken.