Rumsfeld Returns to Urge an Escalation in Information Warfare 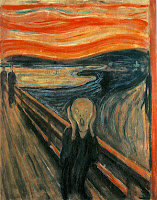 A warning sign that "mainstream" reporters are going catatonic with confusion - with the many lies that a fascist government is entangled in - comes when they resort to blathering, as in this headline found at the "Outside the Beltway" blog on January 23:

Shocking. Bush and his chorus line, of course, were engaged in the crass art of information warfare. His lies were stepped up and reinforced by the Mockingbird press. This week, Donald Rumsfeld resurfaced from his swamp of disdain to advocate even MORE information warfare - and this can only be disastrous to the mental health of news reporters and commentators, who must reconcile the maze of official contradictions somehow to maintain the status quo of lies.

In the end, of course, it all comes down to the Internet - we who live here need a good mental shoe polishing.

There has been a chorus of "authoritive" voices lately in the media calling for measures to counter the reality-infesting blogs that continually make liars of politicians and the press. The current upswells of media disninformation, and perception management from the Oval Office, State Department, DoD, CIA, etc. are not enough. 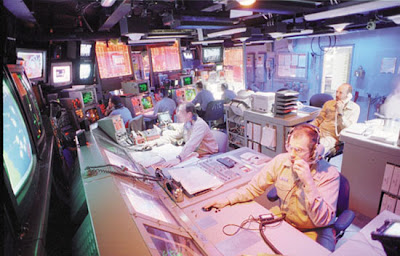 The fight against Al-Qaeda and other Islamist groups is primarily an information war, leading counterinsurgency and counterterror officers believe -- one in which the U.S. is still lagging far, far behind. But after years of ignoring the problem, the Army may be starting to take this battle of images seriously; the service is working on a new "information operations" field manual, Inside the Army reports.

While it might be tempting to write this off as bureaucratic paper-shuffling, keep in mind: it wasn't until a similar counterinsurgency playbook was finalized that armed services began waging in earnest at a full-blown guerrilla-fighting campaign in Iraq.

The first step will be to revise the Army's main operations manual, FM 3-0, to address the "important business of influencing and informing populations -- both our own and in the area in which we operate," Training and Doctrine Command chief Gen William Wallace tells Inside the Army.

[That] in turn, would be used to craft a separate information operations field manual over the course of the next year. 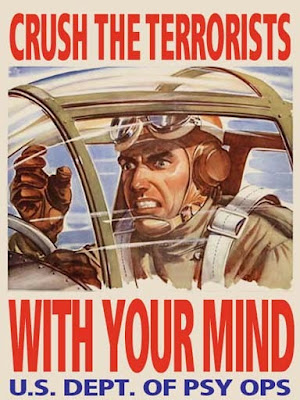 ... In fighting an insurgency, U.S. commanders on the ground in Iraq have recognized that, in addition to traditional intelligence, “information about the socio-cultural mosaic in their area of operation” is essential to military success, according to Paul Tiberi, director of the Army’s Information Operations Proponent.

Determining how the disparate groups interact and how various media “influence the perceptions, attitudes, beliefs and . . . behaviors of these peoples” could make or break the U.S. counterinsurgency effort, he added.

"We still don't see or accept information as an element of power," he writes. "For the enemy, it is THE driving element."

Why? Because for modern, highly developed democracies the beliefs and opinions of their well-informed populations is their center of gravity. If you cannot simply overpower your opponent physically, then it is the will of the opponent that has to become the target. 100% available modern media is the avenue of approach that your "information bombs and missiles" travel along. 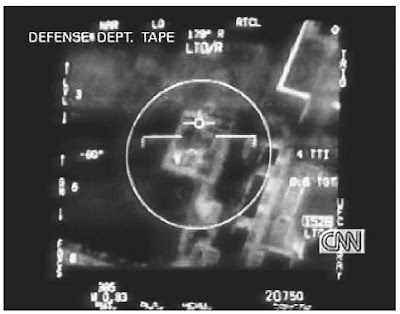 [L]iving rooms of registered voters are the impact areas...

This newly emerged information element of power has the potential to do to highly developed modern democracies what conventional and nuclear weapons could not: compel them to quit. Which is exactly what is happening now.

One of the many things I love about Donald Rumsfeld is that he's totally unrepentant. Back in 2001, the Pentagon under his leadership created the controversial Office of Strategic Influence, which was closed down just a few months later after its existence became public. Rightly or wrongly, the Pentagon was accused of creating a propaganda office. Now, the former defense secretary has a bigger vision: he is advocating a "21st century agency for global communications."

This was one of the major themes in one of Rumsfeld's first post-Pentagon public comments at a conference today on network centric warfare sponsored by the Institute for Defense and Government Advancement.

According to Rumsfeld, the United States is losing the war of ideas in the Muslim world, and the answer to that, in part, is through the creation of this new government agency.

During the the Q&A after the speech, I asked Rumsfeld what this new agency might entail (he was pretty clear it wouldn't be a resurrected U.S. Information Agency, which was merged into State Department in 1999), and why, when there is an abundance of media available in the private sector, the government needs to get involved.

Private media does not get up in the morning and say what can we do to promote the values and ideas that the free Western nations believe in? It gets up in the morning and says they're going to try to make money by selling whatever they sell... The way they decided to do that is to be dramatic and if it bleeds it leads is the common statement in the media today. They've got their job, and they have to do that, and that's what they do. 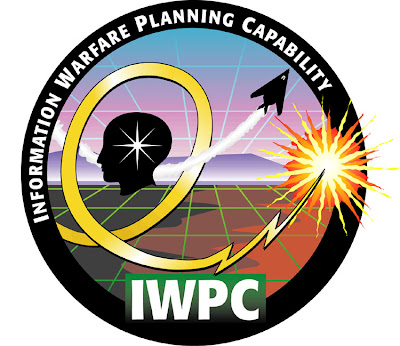 We need someone in the United States government, some entity, not like the old USIA . . . I think this agency, a new agency has to be something that would take advantage of the wonderful opportunities that exist today. There are multiple channels for information . . . The Internet is there, pods are there, talk radio is there, e-mails are there. There are all kinds of opportunities. We do not with any systematic organized way attempt to engage the battle of ideas and talk about the idea of beheading, and what's it's about and what it means. And talk about the fact that people are killing more Muslims than they are non-Muslims, these extremists. They're doing it with suicide bombs and the like. We need to engage and not simply be passive and allow that battle of competition of ideas.

What would this agency actually do? Hard to say, but Rumsfeld referred approvingly back to when the Army paid reporters to plant stories in the local press in Iraq. He still thinks that was a good idea (and blames the U.S. press for screwing it up).

In Rumsfeld's view, the free press can co-exist with government sponsored/produced/paid news. "It doesn't mean we have to infringe on the role of the free press, they can go do what they do, and that's fine," says Rumsfeld.

Former Defense Secretary Donald Rumsfeld says the US must fight global terrorism by waging 'information warfare' through the internet.

Addressing an information warfare conference, Rumsfeld said the United States is losing in its battle against terrorism because it is 'sitting on the sidelines' and 'barely competing'.

He claimed that Washington needs a 21st century agency of global communications which uses modern methods to spread the United States' message on the importance of democracy and freedom.

"The US military can't fight the war on terrorism alone. It needs help from a host of other US government agencies, including a new one that should be created to use the Internet to wage an information offensive against Muslim extremists," the former Defense Secretary stated.

He urged the government to help regain 'a valued tool to help tell the story of a nation (US) that was carved from the wilderness and conceived in freedom'.