When I have all of the relevant information in, the whole mess will be posted in one piece. Please distribute the finished product far and wide. - AC 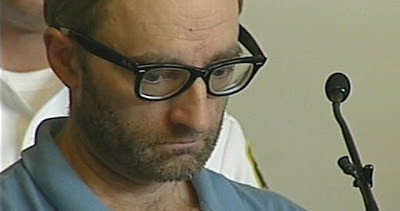 “ ... John and Linda Sohus disappeared in 1985 after proclaiming they had been enlisted by the government for some top secret work. Strangely shortly after their disappearance friends and family began receiving postcards from the couple sent from Paris, France. John’s alcoholic mother, Didi, had claimed that John and Linda’s former tenant Christopher Chichester was providing her with exclusive information that John and Linda were on a top secret “mission”. Then just as mysteriously Chichester broke off contact and he too vanished. In a final bizarre twist in May of 1994 the remains of John Sohus were found buried underground on his own property.” 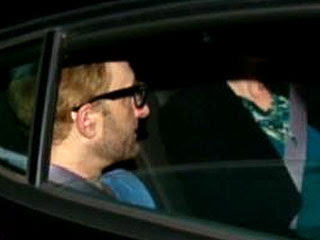 Neighbors recall mysterious goings-on in the home and a young couple that vanished nine years ago.

Police were not saying much Friday, other than to confirm that the trisected skeletal remains had been unearthed during a swimming pool excavation behind a spacious home on Lorain Road.

On the other hand, the neighbors were talking a lot--about the young man and woman who had been living there and disappeared nine years ago, about a mysterious tenant, about the young man's mother, who died in poverty a few years later, and about how crimes such as this are not supposed to occur in places such as San Marino.

"But I live on the north side of Huntington (Drive)," a trim woman in a spiffy tennis outfit told reporters gathered in front of the two-story house on Lorain Road. "This is on the south side. Some people call this 'Sub Marino.' "

The Los Angeles County Sheriff's Department confirmed Friday that the remains found Thursday afternoon--buried about four feet deep in three plastic bags--apparently belonged to one person. Detectives said that person "may have been a previous resident missing since 1985."

San Marino police said there were two residents of the Lorain Road home on whom missing persons reports were filed in 1985--Jonathan Sohus and his wife, Linda Sohus, in their late 20s.

The coroner's office said it had not been determined whether the victim was a man or a woman.

Homicide investigators had little to add, except to say that the current residents of the house--Ray Parada and his wife--are not suspects in the case. The Paradas moved in a few months after the Sohus couple disappeared, and rebuilt the house, virtually from the ground up.

It was the neighbors, some of whom have lived on the quiet, tree-lined street for decades, wxo were able to provide a history of the place that stretches back more than 65 years.

The late Ruth (DiDi) Deidrick moved there at about age 12 in 1928, when her parents built a modest, Spanish-style house, one of the first homes in the newly subdivided neighborhood, according to Mary Ann Kent, who lives down the block. After Ruth's father and mother died, she continued to live in the house.

"Ruth was such a free spirit . . . very artsy," Kent said. "She was married several times . . . there were four, maybe five husbands, I don't remember."

Somewhere along the way, Ruth had a son, Harry. And when she married Bob Sohus, they adopted another boy, Jonathan, known throughout the neighborhood as Johnny.

Not long after the adoption, Bob and Ruth Sohus divorced. Harry, who had become an adult, moved out, and Ruth Sohus was left to raise Jonathan alone. "She adored the ground he walked on, and she tried to be a good mother, but it takes two to raise a kid," Kent said. "DiDi was sweet, but she drank a lot," said another neighbor, Lynda Morck. "The place was several degrees below slovenly."

"Johnny was a loner," Kent said. "He started getting into mischief."

But Jonathan grew to adulthood without serious trouble, the neighbors said. He worked at various jobs and continued living in the home with his mother. An elderly woman rented an apartment at the rear of the property for a while, and after she left, a man moved into the apartment. The man--no one remembers much about him--was living there when Jonathan married Linda.

"Johnny said they were going somewhere for a job interview and then to Europe for a delayed honeymoon," Kent said. "They just disappeared."

"They never got to the airport," Morck said. "DiDi kept asking everyone if they'd seen Jonathan. No one had." "When DiDi filed the missing persons report, the police told her: 'They're over 21. If they want to drop off the face of the earth, they can do it,' " Kent said.

"And by then, she was impoverished," Morck said. "She moved to a trailer camp, and a year or two later, she died." The home was sold to the Paradas. Like many of the once-modest houses south of Huntington, the structure was largely dismantled and rebuilt into the substantial home that stands there today.

A few weeks ago, contractors began work on another improvement, a new swimming pool at the rear of the property. Pool builder Jose Perez said a small tractor was digging a hole for the pool Thursday when the grisly discovery was made. The apparent murder is the first homicide to be investigated in San Marino since a Taiwanese businessman was shot to death in the driveway of his home on Bradbury Road in 1990.

"It's only the fourth murder in the history of San Marino," said the woman in the tennis outfit, who identified herself only as "Kathy, the killer tennis player."

"This is a nice, quiet town," Kathy said. "We're said to be better known for our good school system and our manicured lawns."

... Linda was an artist who did artwork under the name “Cody”. She had some professional success as an artist. She told me once that she sold (at least) one small illustration to The New Yorker magazine for $700. Most of her success was in fandom. For example, she (as “Cody”) did several covers for APA-L.

I had known Linda for a couple of years before I started work at DV. She did not work at DV for very long. Linda soon got married to a quiet, nerdy guy named John Sohus. I only met John once. John was a computer guy. He did some computer work for Harlan Ellison. As I understand it, John Sohus was in charge of Mr. Ellison’s computerized address list for the “Harlan Ellison Record Collection”, Harlan Ellison’s recording venture in which I am member number “002”.

Linda Mayfield Sohus quit her bookstore job. Soon, she and her husband disappeared. The bookstore owner, Lydia Marano, got a postcard from Linda & John saying that they were in France. They never returned. There was a rumor that Harlan Ellison had to break into the Sohus house to retrieve his address list data. (Some Ellison rumors are more believable than others.)

http://pip-r-lagenta.livejournal.com/6513.html
Posted by Alex Constantine at 10:02 AM