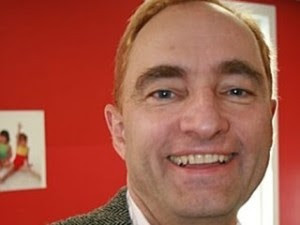 As I mentioned in a posting on October 16, Clark Rockefeller is said to be a multiple personality, and I suspect mind control. If so, he was programmed to kill the Sohut couple in California, a "Manchurian Candidate" with submerged alter personalities, and details of his life prior to the kidnap of his daughter "Snooks" should be of some interest - particularly as relates to the CIA, other intelligence agencies, the upper tiers of the corporate sector and major political figures ...

It took her years to figure out that Clark was not a real Rockefeller?

There was more to the mommy of Snooks than you might imagine, and she had, at the time of the abduction, a privileged perspective on a growing economic crisis:

"Sandra Boss ... is Group co-Head of the Global Corporate and Institutional Banking Practice and a Trustee for the McKinsey Master Retirement Trust. She joined McKinsey in 1994."
http://www.financedublin.com/conference/2008-01/speaker_biog.php?id=387

Boss is a global economist who works with ...

A CIA Principal at McKinsey & Co.:

"Bill Caesar is a principal of McKinsey & Company. ... Prior to joining McKinsey, Ceasar was a Special Assistant for Ambassador Thomas Simons, the Coordinator of the U.S. assistance program in Russia. Ceasar also served as a Russian political and economic analyst at the U.S. State Department and at the Central Intelligence Agency, where he focused on defense conversion and nationalities issues. While at the State Department, he served for more than a year at the U.S. Consulate General in St. Petersburg, Russia. ... "
http://eclips.cornell.edu/company.do?id=385&tab=TabSpeakersPage

McKenzie & Co. and the Bush Administration

"The US Administration routinely uses the threat of withholding World Bank loans as a means of putting political pressure on foreign governments," the letter said. It charged that firms like McKinsey has been getting consultancy contracts across the world because they enjoy the patronage of the US Administration and other developed countries.
http://www.rediff.com/money/2004/sep/29spec.htm

" ... Her first job was a management consultant in Toronto, for McKinsey and Company. ... "
http://www.hartford-hwp.com/archives/30/071.html

" ... In 2007, Mr. Mueller hired consulting firm McKinsey & Co. to help the bureau develop a program to strengthen intelligence, which became known as the Strategic Execution Team. ... One FBI manager said while he supports the program's goal, details are vague. Several current and former officials said the program has produced pages of diagrams in consultant-speak that some analysts view as not useful. Still, the manager said, the initiative is viewed internally as 'a big deal' that acknowledges the bureau needs to do business differently. ... "
http://online.wsj.com/article/SB122152237185539553.html

The Department of Defense today announced that Bradley M. Berkson has assumed the position of director for program analysis and evaluation. ... Prior to his entrepreneurial efforts at IP-Mill Inc, Berkson was a partner at McKinsey & Company Inc., a leading international management consultancy. At McKinsey, he co-led the firm’s corporate strategy and finance, innovation and technology management, and energy practices.

As director of program analysis and evaluation, Berkson will provide independent analytic advice to the secretary of defense regarding alternative weapon systems. ...

"INTRODUCTION TO ENRON - Skilling joined McKinsey & Co. after Harvard and worked with Enron in '87 to create the first forward market for natural gas ... "
http://onlinejournal.com/artman/publish/article_1373.shtml 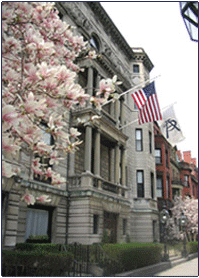 "Before [Clark Rockefeller] (allegedly) kidnapped his daughter, he served on the Board of Directors at the Algonquin [Club]."
http://bostonist.com/2008/10/16/tracking_clark_rockefeller_on_comm.php

Burling is a liberal member of the Democratic National Committee, and until this year a state senator in New Hampshire.

And in Boston's Ivy, according to prosecutors, a killer lurked ... Who programmed his alter personalities - who was his "boss?" ... Food for thought, grounds for further research ...