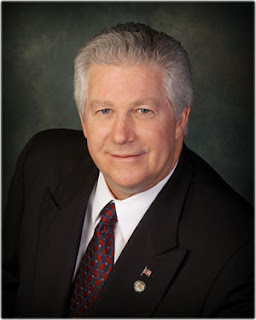 Which is juicier: Having a messy sex scandal explode in the face of a puritanical politician, or watching the man deny any reported extramarital indiscretions occurred -- the day after he resigned? According to disgraced Republican assemblyman Mike Duvall, the affairs with two women, one of whom allegedly was a lobbyist for the Sempra energy company, never happened, and the only reason he quit the assembly yesterday (after being stripped of his legislative posts by colleagues) was to avoid being a distraction to the high-minded business of governance. According to Duvall's Web site (flagged by the L.A. Times and L.A. Observed):

"I want to make it clear that my decision to resign is in no way an admission that I had an affair or affairs. My offense was engaging in inappropriate story-telling and I regret my language and choice of words."

So it was just his salty way of expressing himself that did in old Mike Duvall. If this delusional revisionism continues, by the weekend Duvall will be claiming he's a victim of political correctness run amok. As O.C. Weekly reporter R. Scott Moxley, who broke the Duvall story, tartly noted Tuesday ("OC Assemblyman In Bed With Lobbyist . . . No, Literally In Bed"):

"Freshmen legislators arriving in Sacramento receive advice from veteran politicians about the intricacies of working in California's capital. One of those tips is to remember that microphones broadcasting legislative debates can also capture embarrassing, career-ending personal admissions if a politician isn't careful. Michael D. Duvall, Orange County's 72nd Assembly District representative, must have forgotten the warning."

Duvall's forgetting this basic rule is what really seems to lie behind his fall.