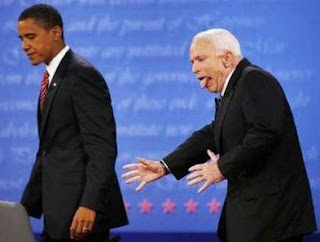 What led Van Jones to speak so candidly and openly about Republican A-holes?

"... What was the reactionary right up to on Friday? They sent operatives out to San Quentin prison to obtain videotapes of workshops that Van Jones conducted there while he was working to help prisoners transition back to society. (The inmates wouldn't let them get their hands on them -- they knew, before I did, how serious this was.) They were cuing up video clips from teenagers that Jones taught in the Oakland ghetto in 2000. If you watch the infamous "assholes" video carefully, it's clear that what Jones was saying was that Republicans play hardball better than Democrats, and that we need to start playing by their rules. He said it, though, in the language of his own community -- and that, at the end of the day, was his crime. He spoke to and was of a part of an America that Fox and the reactionary right would like to put back on the plantation or pretend is not part of our nation. 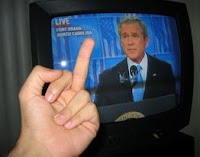 Illustration A: "Anyone who has been an effective advocate for these communities has said things that will sound shocking to people in some other parts of America"

"Anyone who has been an effective advocate for these communities has said things that will sound shocking to people in some other parts of America -- just as anyone who genuinely represents certain evangelical communities will have beliefs about morality that more-secular Americans might have a hard time with.

"So lynch mobs can form up from all perspectives. This one, though, was clearly not spontaneous. It was organized by the Republicans as part of a conscious strategy, and it is only the first. We should be critical of ourselves for having blown this one. But we shouldn't forgive either ourselves or the Administration if the next time we sense this happening we don't fight back harder, faster, and in a way that calls a mob a mob, racism racism, and an attack on the president an attack on America." ...

"We need to start playing by their rules."

Love it or leave it, GOP assholes.

We don't cotton to your kind 'round these parts, or even you in our neighborhoods, teaching our children, writing our laws or executing them. Hear? The liberal lynch mobs are stirring, forming death panels, making plans for the Big Round-Up. We laugh at your "conservative principles" and pedophilia and wretched grammar. Soon, there will be no place a Republican asshole can hide. Hightail it to Germany, where you'll be safe from vicious liberals, "negroes," muslims, immigrants, socialists, Indians, feminists, trial lawyers, university professors, unions, environmentalists, gays, Unitarians, agnostics, community organizers and single-payer health care advocates.

The only good Republican asshole (also referred to as a "yahoo," "wingnut," "flying monkey" or "rectal polyp") is ... well, there is no such thing. Even the dead ones irritate liberal death panels and media elites alike. We want your guns.