Mellons over Pittsburgh and the Planet--Part Two: Coal Mines and Machine Guns 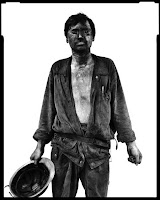 “You could not run a coal company without machine guns,” sums up the Mellon style of labor relations.

They asked Richard Mellon about the machine guns of Pennsylvania’s Coal and Iron Police, a notorious private strike-breaking outfit that functioned like Blackwater (now named XE) mercenaries do. Mellon answered, “It is necessary. You could not run without them.”

While Mellon was testifying, his coal bosses had been told to “keep our police in the background.” Eleven months later on Feb. 9, 1929, they beat union miner John Barkoski to death. Union supporter John Philipovich was shot to death on the porch of his store.

Much bloodier were the East St. Louis, Ill., race riots in 1917. Two thousand workers had gone on strike there at the Mellon-controlled Aluminum Ore Company plant. Unionists were conducting organizing drives at other local plants.

Mellon and other employers recruited thousands of African Americans from the South with false promises of employment. Whites were told that Black workers were going to take their jobs. The strike at Mellon’s plant was broken.

These misleaders demanded Black workers be driven out of the city while local newspapers printed lurid, lying stories of a Black “crime wave.”

This deliberate instigation of racism led to a mob of thousands of armed whites hunting Black people on the streets on July 2, 1917. W.E.B. Du Bois estimated in his autobiography that 125 African Americans were murdered then.

Years before railroad tycoon Jay Gould bragged he could “hire half of the working class to shoot the other half.” Big capitalists became experts at pitting one group of workers against another.

The anger of white and U.S.-born workers against their bosses would often be diverted into hatred for African Americans, Latinas/os and immigrants.

Mellons are again today involved in attacking the working class and oppressed—this time in the debate on health care. Right-wing groups are conducting a vicious fight against any reforms of a rotten system where nearly 50 million people are uninsured. One of the biggest backers of the tax-free foundations leading this smear campaign is Richard Mellon Scaife, whose fortune is an estimated $1.2 billion.

Family patriarch Thomas A. Mellon hated unions. He called union leaders “labor parasites” who were “promoters of socialism and anarchy.”

In 1880 Thomas Mellon busted a strike at the Waverly Coal Coke Company, which he partially owned. Mellon even had union leader David Jones prosecuted on “criminal conspiracy” charges for seeking to fix the price of labor!

The 1892 presidential campaign receded into the background as the whole country focused on the long strike. Frick was so hated that anarchist Alexander Berkman tried to kill him. Berkman spent 14 years in prison for his deed.

It took the whole summer and 8,000 Pennsylvania National Guard troops to finally break the strike. Not until 45 years later in 1937 did the workers at Homestead win a union.

Alcoa workers spent decades winning a union. The Industrial Workers of the World led a 1913 strike at the company’s New Kensington plant, 18 miles northeast of Pittsburgh. Women armed themselves with blacksnake whips and lashed strikebreakers.

After six weeks of state troopers attacking picket lines, the workers had to settle for promises of arbitration.

Two years later in 1915 workers revolted at the Mellon’s Massena, N.Y., aluminum mill. Anticipating the sit-down strikes of the 1930s, they captured every section of the big plant while management fled.

Aluminum Workers Local 19256 finally compelled the company to sign a contract in 1941.

In 1919 William Z. Foster led a national steel strike against the 12-hour day that was drowned in police violence. Members of Troop D of the Pennsylvania State Constabulary assaulted workers at Mellon’s Standard Steel Company plant outside Butler, Pa.

As terrible as the conditions in these U.S. plants were, workers were treated even worse in Mellon’s aluminum trust mines in Guyana, Surinam, Jamaica and Guinea.