Excerpt: By Texas Freedom Network, A Voice to Counter the Religious Right 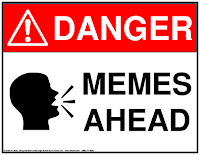 ... A prominent religious leader is now attacking the study of social sciences, saying it “promotes doubts and uncertainty” and “secularism.” ...

Far-right ideologues helping guide the revision of social studies curriculum standards for Texas public schools are insisting that students learn the United States is a Christian nation and that the Founders intended our society and laws to be based on the Bible.

Peter Marshall, a right-wing evangelical minister appointed to a panel of social studies “experts,” has been particularly vocal about where he wants to take the social studies standards, telling the Wall Street Journal:

“We’re in an all-out moral and spiritual civil war for the soul of America, and the record of American history is right at the heart of it.”

Marshall has argued that the current social studies standards in Texas fail to explain the country’s biblical origins:

“(T)he discovery, settling, and founding of the colonies happened because of the Biblical worldviews of those involved. Only when this is taken into account can America’s founding be properly understood.” 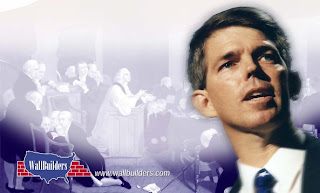 David Barton, also a so-called “expert” on the same social studies panel with Marshall, calls the separation of church and state a “myth.” Barton — founder and head of the Christian-right group WallBuilders — argues that the current standards fail to note the Godly foundations of American government. He claims there is a “war on God in America” and even says labor laws and progressive taxation violate biblical mandates. ...
Posted by Alex Constantine at 11:04 PM