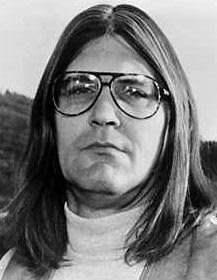 What is the judge thinking? Judge Naves is aware that Churchill's testimony was perjurous, and that the plaintiff's supporters on the stand were lying under oath, as well, about his character and scholarship. It is clear from the judge's past statements that he refuses to reinstate Churchill because the jury decision was viral, contaminated by false testimony - Churchill DID commit academic fraud and it WOULD be a gross miscarriage to give Churchill an inch under these circumstances.

Amy Goodman and other observers are not capable of competently interpreting statements made on the stand - because they haven't investigated them - and believe it was a trial about free speech because Churchill says so - but he was fired for fraud - ie. boosting and inventing stories. His public statements, the martyrdom, the cries of Constitutional crisis, are as false as his statements before the jury (I followed the trial, checked facts along the way - no other reporter I'm aware of bothered to do that). The poseur carries on as if he has some legitimacy as a scholar. He's not even an Indian, despite inventive sworn statements to the contrary. The case may go to the Supreme Court, but I have no doubt that Churchill will be shot down there, as well, once evidence of academic fraud and flagrant perjury are weighed objectively.

Attorneys for the University of Colorado have dismissed the failed Churchill suit as a "publicity stunt," and want him to cover court costs - because they understand what happened in the courtroom (the press doesn't) and realize that the lawsuit was an unreal reality show that bore no resemblance to a legitimate courtroom proceeding.

A Denver district court judge has refused to reverse his decision that denied ousted University of Colorado professor Ward Churchill the chance to be reinstated or receive any compensation.

On Friday, Judge Larry Naves denied the motion filed by Churchill's attorney, David Lane, requesting that Naves amend his previous ruling. This, however, was not a surprise, according to Lane, and does not mean that Churchill's fight has been put to rest.

"We knew what was going to happen before we even filed it," Lane said. "But we gave the trial judge every conceivable shot to do the right thing."

Churchill was fired in July 2007 after CU said he had committed repeated academic fraud in his scholarship.

The ethnic studies professor then sued the school, claiming that the university really fired him over a controversial essay he had written several years earlier.

Posted by Alex Constantine at 5:58 PM