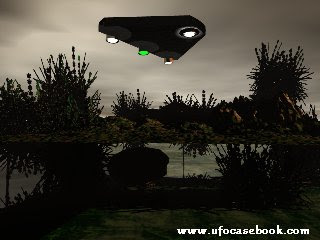 The 2008 presidential race has raised many questions about the candidates' personal histories. Will Barack Obama's past drug use preclude a White House future? Will Christian conservatives forgive Rudy Giuliani his two divorces? Will voters forgive Hillary Clinton for forgiving Bill?

This fall, Ms. MacLaine revealed in her new book that the Ohio congressman had seen a UFO and felt "a connection in his heart and heard directions in his mind." In a Democratic presidential debate in late October, Mr. Kucinich acknowledged seeing something airborne that he couldn't identify and then defused the issue with a joke about opening a campaign office in Roswell, N.M., the capital of unexplained sightings.

Since then, the long-shot candidate has refused to elaborate on the experience.

Now, after keeping quiet about the incident for a quarter of a century, the two people who say they were at Mr. Kucinich's side that evening have come forward to describe an event which they say left them convinced that there's intelligent life in outer space.

"At no time did I feel afraid, even though I felt very small," says one witness, Paul Costanzo. "I sensed that I was in the presence of a greater technology and intelligence."

The close encounter, says Mr. Costanzo, took place in September 1982 at Ms. MacLaine's former home in Graham, Wash. -- an expansive estate on a ridge above the Puyallup River, with a view of Mount Rainier.

The 61-year-old Mr. Kucinich, who declined several requests to comment for this article, had been the wunderkind mayor of Cleveland in the late 1970s and had met Ms. MacLaine through Bella Abzug, the late New York congresswoman and feminist. The actress says she quickly realized she and Mr. Kucinich were kindred spirits. Years later he asked Ms. MacLaine to be the godmother of his daughter.

"We just thought the same," Ms. MacLaine says in an interview. "We have the same political points of view."

When Cleveland voters ousted Mr. Kucinich after one tumultuous term, Ms. MacLaine offered him her home as a sanctuary where he could write his memoirs. He lived there for the better part of a year.

Ms. MacLaine -- well-known for her fascination with things mystical and extraterrestrial -- was in Canada that weekend in 1982, performing her one-woman show. But Mr. Costanzo's girlfriend at the time, a model and actress who is now 50 years old, was visiting when the UFO incident took place. She spoke after Mr. Costanzo requested she do so, and on condition that her name not be published.

Here's what happened, according to separate interviews with Mr. Costanzo and his former girlfriend:

The day was strange from the start. For hours, Mr. Kucinich, Mr. Costanzo and his companion noticed a high-pitched sound. "There was a sense that something extraordinary was happening all day," says the girlfriend. She and Mr. Costanzo say that none of the three consumed alcohol or took drugs.

As they sat down to a dinner, Mr. Kucinich spotted a light in the distance, to the left of Mount Rainier. Mr. Costanzo thought it was a helicopter.

But Mr. Kucinich walked outside to the deck to look through the telescope that he had bought Ms. MacLaine as a house gift. After a few minutes, Mr. Kucinich summoned the other two: "Guys, come on out here and look at this."

Mr. Costanzo and his girlfriend joined Mr. Kucinich, where they took turns peering through the telescope. What they saw in the far distance, according to both witnesses, was a hovering light, which soon divided into two, and then three.

After a few minutes, the lights moved closer and it became apparent that they were actually three charcoal-gray, triangular craft, flying in a tight wedge. The girlfriend remembers each triangle having red and green lights running down the edges, with a laser-like red light at the tail. Mr. Costanzo recalls white lights, but no tail.

Mr. Costanzo says each triangle was roughly the size of a large van, while his former girlfriend compares it to a "larger Cessna, smaller than a jet certainly." Neither recalls seeing any markings, landing gear, engines, windows or cockpits.

The craft approached to within 200 yards, suspended over the field just beyond the swimming pool. Both witnesses say it emitted a quiet, throbbing sound -- nothing like an airplane engine.

"There was a feeling of wanting to communicate something, but I didn't know what," says Mr. Costanzo.

The craft held steady in midair, for perhaps a minute, then sped away, Mr. Costanzo says. "Nothing had landed," he says. "No strange beings had disembarked. No obvious messages were beamed down. When they were completely out of sight, we all looked at each other disbelieving what we had seen."

At Mr. Kucinich's suggestion, they jotted down their impressions and drew pictures to memorialize the event. Mr. Kucinich kept the notes, according to Ms. MacLaine, who said he promised her recently that he would try to find them.

In an interview with WSJ's Jeffrey Trachtenberg, actress and author Shirley MacLaine discusses the cosmic scope of her new book, "Sage-ing While Age-ing."

"It was proof to me that we're obviously not alone," says the girlfriend.

The next day, the group spotted what they thought to be military helicopters buzzing around the valley where they had made the sighting. And the high-pitched sound remained.

Mr. Kucinich called Ms. MacLaine in Canada to tell her what had happened. "He said it was beautiful, serene, and it moved him," says Ms. MacLaine, who is supporting Mr. Kucinich's candidacy. "He was not afraid of it, let's put it that way. Seeing something that close and sophisticated and gentle."

Ms. MacLaine says she has seen UFOs from a distance in New Mexico and Peru, but never up close. She was envious. "I'm the one who reports them, but they never make close visitation. What am I doing wrong?"

None of the three reported the incident to the authorities. And over the years that followed, they shared the story with very few people. "Unfortunately, people are ridiculed when they say they've had these kinds of experiences, which is why I never came forward with it," says the girlfriend.

Ms. MacLaine says she called Mr. Kucinich before she included his UFO sighting in her book, "Sage-ing while Age-ing," a recounting of her spiritual and professional journeys. "I can handle it," she says he told her.

More recently, Mr. Kucinich has dodged it. Approached by The Wall Street Journal for comment in December -- moments after he voted for a House resolution praising Christmas and Christianity -- Mr. Kucinich looked unblinkingly ahead: "I don't have any comment," he said.