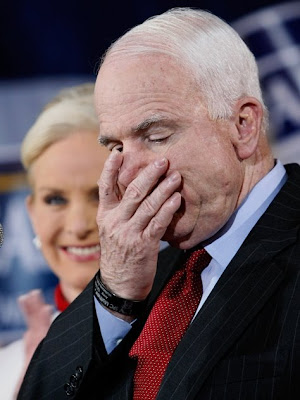 ANN ARBOR, Mich.---Under Sen. John McCain's health care plan, more Americans may be able to get medical coverage, at least initially, but the gains will be negligible---and within five years, fewer Americans will be covered, says a University of Michigan business professor.

McCain's plan would tax the premiums paid by employers for providing group health coverage to employees, replace the tax exclusion with a refundable tax credit for those who purchase coverage, and deregulate nongroup (i.e., nonemployer) insurance by permitting the purchase of policies across state lines.

However, eliminating the tax exclusion would greatly reduce the number of people who obtain health insurance through their employers because the price of job-based coverage would increase. In addition, administrative costs are much higher and benefits are lower for coverage in the nongroup market.

"Moving toward a relatively unregulated nongroup market will tend to raise costs, reduce the generosity of benefits and leave people with fewer consumer protections," said Thomas Buchmueller, the Waldo O. Hildebrand Professor of Risk Management and Insurance at U-M's Ross School of Business.

They say that, under the McCain plan, 20 million Americans would lose their current job-based health coverage because of the elimination of tax subsidies to employers. On the other hand, they estimate that 21 million people (including some who are currently uninsured and some who would lose employer-group coverage) would enroll in nongroup coverage.

"Initially, this loss of job-based coverage would be offset by an increase in coverage in the nongroup market---although not necessarily the same individuals," Buchmueller said. "Within five years, however, the net effect of the plan is expected to be a net reduction in coverage relative to what would have been observed if the tax treatment of employer-sponsored coverage remains as it now.

"The decline of job-based coverage would force millions of Americans into the weakest segment of the private insurance system---the nongroup market---where cost sharing is high and covered services are limited. Senator McCain's proposal to deregulate this market would mean that people in it would lose protections they now have. These changes would diminish the security of coverage for most Americans, especially those who are not---or someday will not be---in perfect health." ...

STORY CONTINUES
Posted by Alex Constantine at 8:30 AM