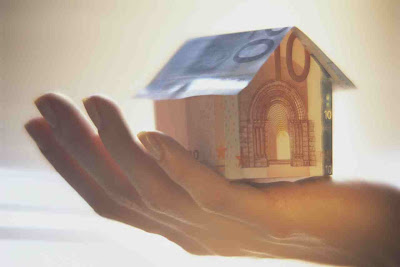 " ... the stock price of Warren Buffett's Berkshire Hathaway has soared 14.4% in the less than a month since Mr. Paulson set in motion a global financial crisis. ... Berkshire owns Geico, a major insurance company; the government has crippled a Geico competitor, American International Group, by taking it over without the vote that AIG had promised shareholders in its initial filing with the Securities and Exchange Commission. ... " - The New York Sun Editorial | September 29, 2008

As members of Congress prepare to vote on the Bush administration's plan to take troubled assets off bank balance sheets and put them in custody of the United States Treasury, here are two points to remember. First, the congressmen at least get a vote on the plan, which is more than the shareholders of Fannie Mae, Freddie Mac, or AIG got before the government seized 80% of their companies.

And second, while the administration from the president on down is full of scare talk about a huge recession — "falls of 3,000 or 4,000 points on the Dow," one "Republican" "close to" the secretary of the Treasury, Henry Paulson, quoted predicting over the weekend in the Telegraph — as we speak there are those making billions of dollars.

Not that there is anything wrong with making billions of dollars, the Bush bailout plan's new strictures on executive pay notwithstanding. It is far preferable to the alternative of losing billions of dollars. What's troubling in this case, though, is that the billions are being made and lost not necessarily as a result of any great business skill or foresight but as the consequence of arbitrary government decisions.

For all the talk about how the economy is taking a nosedive, the stock price of Warren Buffett's Berkshire Hathaway has soared 14.4% in the less than a month since Mr. Paulson set in motion a global financial crisis by announcing the seizure of Fannie and Freddie. Berkshire owns Geico, a major insurance company; the government has crippled a Geico competitor, American International Group, by taking it over without the vote that AIG had promised shareholders in its initial filing with the Securities and Exchange Commission.

The Bloomberg news service reported over the weekend that the New York Stock Exchange had waived its normal requirement of a shareholder vote because taking the time to complete a vote would "jeopardize the financial viability" of the insurer. Seems to us that having the government offer on the table is more than enough to backstop the company's financial viability. For an administration that is so determined to promote elections in un-free countries abroad, it sure seems to have discovered a sudden aversion to elections for shareholders here at home.

Mr. Buffett benefits not only from the changes in the insurance competitive landscape but also from the chance to invest in Goldman Sachs at bargain basement prices. No one is denying that Mr. Buffett is a financial whiz, but the sage of Omaha got quite a helping hand from Washington. Somehow we don't think those caps on executive pay that are part of the Paulson-Pelosi bailout plan are going to curb his windfall on the Goldman deal or on Geico's new advantage versus AIG.

Another company that has weathered the storm on Wall Street handily is Allianz, the parent of the bond firm Pimco. It closed at about $15 a share on Friday, about the same level as on the Friday before the Fannie rescue. Pimco's funds made a reported $2 billion the day after the Fannie and Freddie seizure was announced. We're betting the Paulson-Pelosi pay curbs don't apply to Pimco's Bill Gross. The New York Post's Terry Keenan reported yesterday that Alan Greenspan has joined the board of John Paulson's fund that has made billions shorting the housing market.

Again, there's nothing wrong with making money. But as Washington cries "crisis" and "recession" and seizes private property without shareholder votes while imposing new restrictions on executive pay at companies that participate, it's worth remembering that what is going on here is less wealth creation than a wealth transfer. It is a taking of property from private shareholders and mortgage holders and a transfer of wealth to bondholders, the federal government, and certain competing firms.

Political risk is an investment uncertainty that comes with the territory, but one normally hears about it more often in war-torn third-world countries or corrupt dictatorships than in America, which is supposed to have a predictable rule of law with protections for private property from arbitrary government decisions. Mark this danger. If the political risks in America are severe enough, global capital will flow elsewhere.