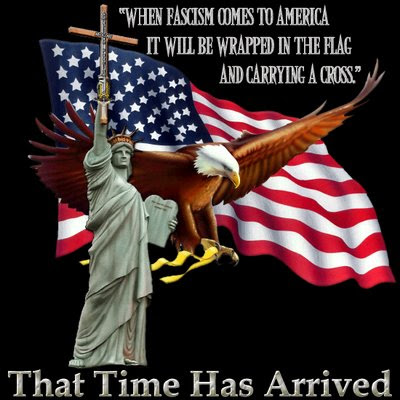 The Conservative Voice, a mine of ringing right-wing propaganda, is taking me to task for debunking the "Islamo-fascism" red herring.

The great brainwashed, willfully ignorant finger-pointers are turned the wrong direction. America's ruling elite are the fascists, and they are bringing the country to its knees.

My detractor, "Benyamin Solomon," is programmed by the CIA-"Mockingbird" media:

Liberals (anyone who finds "conservative principles" to be morally nauseating) have the "nerve" because we have the goods on Bush. Some 80 percent of those polled have gleaned insights in the past eight years into the fascist agenda that Solomon celebrates in his column at Conservative Voice, a cesspool of right-wing delusions dressed up as a liberty bell for the weak-minded, pathologically inane yahoos of Murdoch Nation.

Suffer the rats.
Posted by Alex Constantine at 9:16 AM