Endorsement: Vote NO for President 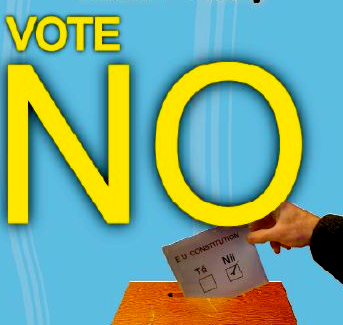 After reading the litany of letters in the past weeks endorsing this candidate or that I am outraged and embarrassed at either the ignorance or the naivete of these citizens.

John McCain has associated intimately with lobbyist groups for years, along with Democratic vice-presidential candidate Joe Biden. Barack Obama is second only to Democrat Chris Dodd in money received from lobbyist groups representing Freddie Mac and Fannie Mae. What about Sarah Palin? She was for the Bridge to Nowhere until it became such a political focal point, and then she was against it.

These candidates do not deserve your consideration. Vote no for president. Send a message!

Our nation stands on the brink of a finacial catastrophe experienced only by the most senior of our citizens, and three of the four names mentioned above stood guard while this cancer festered. If they were not diligent in the past, why will they care in the future?

The American citizens want change, but nobody wants to pay the price.

http://www.clipmarks.com/tags/vice+president/
Posted by Alex Constantine at 9:42 AM