Why Would CIA and ICE Have Gotten Involved in “Mayan Express” Drug Shipments?

By Bill Conroy
Special to The Narco News Bulletin
January 12, 2008 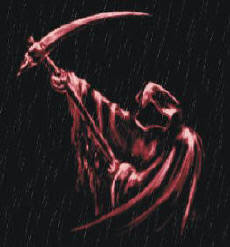 The Gulfstream II jet that fell from the sky over Mexico’s Yucatan peninsula on Sept. 24 last year with close to four tons of cocaine onboard has been the subject of a lot of buzz on the Internet over the past several months.

At the center of that controversy are allegations that the downed cocaine jet was part of a CIA-backed narco-trafficking operation.

As today’s other report shows, Narco News has uncovered new information about the jet crash that connects it to an undercover U.S. government operation called the Mayan Express, which is being run by U.S. Immigration and Customs Enforcement (ICE), likely with the help of the CIA.

For those who might wonder why ICE would pursue an operation like the Mayan Express, it pays to keep in mind that Charles E. Allen, under-secretary for the Office of Intelligence and Analysis at the Department of Homeland Security (DHS), also happens to be a veteran of the CIA and was a major player in the Iran/Contra scandal that played out during the Reagan administration.

One facet of Iran/Contra, as you might recall, allegedly involved the use of CIA resources to run drugs in order to raise money to fund the purchase of arms for the Contra rebels who were seeking to overthrow the Sandinista government in Nicaragua.

For ICE to be cleared to operate a high-profile overseas mission like the Mayan Express, which allegedly involved coordination with the CIA, it is very likely that Allen, DHS’ chief intelligence guru, had to be clued into the operation — since ICE is part of DHS.

Allen is not the lone Iran/Contra veteran now serving in a high post within the Bush Administration, though. Others include John Negroponte, who prior to taking over the post of U.S. Deputy Secretary of State served as Director of National Intelligence; Elliot Abrams, who is Deputy National Security Advisor for Global Democracy Strategy and who also allegedly played a role in helping to orchestrate the failed coup d’état against Venezuelan President Hugo Chavez in 2002; and Robert Gates, who is now Secretary of Defense.

Another reason to believe that ICE might get involved with this type of operation is that the agency has already earned a reputation for operating at the margins of the law in narco-trafficking investigations. ICE drew national attention for its handling of the House of Death case, which involved using an informant to penetrate a cell of the Vicente Carrillo Fuentes narco-trafficking organization in Juarez, Mexico, over the course of the early 2000s.

As part of that operation, the ICE informant, a former Mexican cop, participated in numerous murders between August 2003 and mid-January 2004 and was even caught running a load of marijuana behind ICE’s back. Yet even after becoming aware of these facts, ICE continued to use the informant. The investigation came to an abrupt end after the lives of a DEA agent and his family were threatened as a result of the ICE informant’s activities.

The House of Death case was approved and under the supervision of the U.S. Attorney’s Office in San Antonio, which is overseen by Bush appointee Johnny Sutton — who is accused of retaliating against the DEA commander (Sandalio Gonzalez) who blew the whistle on the ICE informant’s role in the murders. The 12 victims were found buried in the backyard of a house in Juarez.

So, among law enforcement agencies, particularly the DEA, ICE has a reputation for taking on high-risk cowboy operations — some of it driven by a desire to enhance its reputation as a player that is in the same league as the FBI and DEA.

However, attorney Mark Conrad, a former supervisory special agent with U.S. Customs, which has since become part of ICE, contends that ICE’s investigative resources have been drained away — with many talented investigators leaving the agency — as a result of its increased role in recent years as the nation’s immigrant round-up agency. As a result, Conrad is puzzled as to why ICE would even attempt to pull off a complicated, international counter-narcotics operation like the Mayan Express.

Conrad suspects, and DEA sources agree, that ICE could not carry out such a mission in Latin America absent the heavy involvement of the CIA.

Former DEA Special Agent in Charge Gonzalez, who oversaw the agency’s South American operations in the mid-1990s, says in order for an operation like the Mayan Express to be put in motion legally, some U.S. Attorney has to be involved and would have to sign off on it. At this point, it is not clear who that U.S. Attorney is, or if, in fact, there is one involved with the operation.

As for the CIA’s role in all of this, well, as mentioned, there has been plenty of speculation on the Internet that the Agency has once again returned to the days of Ollie North and Iran/Contra — engaging in drug running to advance some clandestine operation in Latin America. In such a scenario, ICE’s role would represent only the law enforcement cover of a much larger covert action being controlled by the CIA, some law enforcement sources speculate.

Leutrell Osborne, a former CIA case officer who spoke with Narco News, is skeptical of that allegation. But he says if the CIA is on such a path, it would only be the case if the orders were coming from high up in the administration, and it involved a covert mission against a very high-value target — such as the Colombia’s leftist guerrilla movement, the FARC; or Hugo Chavez’ Venezuela, which is a key oil-producing nation.

Osborne admits that if it came down to a turf war between federal agencies over who would control and call the shots for a valuable asset like Urrego, the CIA would win that tussle hands down. Law enforcers who spoke with Narco News confirm that would be the case as well.

Vega contends that as far as the Gulfstream II incident, he believes it was strictly a law enforcement operation with the CIA likely providing some degree of support. In the wake of Urrego’s arrest last September in Panama, Vega says, the ICE operation appears to have been severely compromised.

But Vega is not Pollyannaish about the CIA’s history of involvement in the narco-trafficking business.

Vega told Narco News that in the early 1980s, as part of a CIA covert mission, he met with then Col. Manuel Noriega at police headquarters in Panama City, Panama. Vega’s mission, he says, was to deliver $500,000 to Noriega as down payment to enlist his support in assisting the CIA in running drugs as part of the effort to fund arms purchases for the Contra insurgency against the Sandinistas.

“It was a CIA operation. They were allowing Noriega to traffic drugs in order to help [buy arms for] the Contras,” Vega says. “The big problem is that the CIA would tell him he could move, say 500 kilos, and he always did more. Noriega took great liberty with what the CIA would allow.”