History Channel Admits Anthrax Attacks are an Inside Job 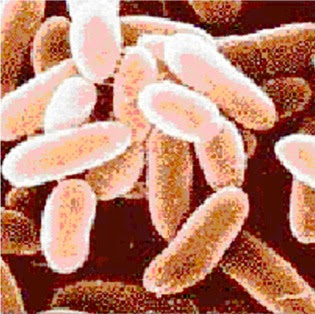 SCHENECTADY COUNTY — On the first day of the crisis, there was only one patient, with a sore throat, mild fever, muscle aches and malaise: the symptoms of a cold.

But then the patient got worse, developing severe breathing problems and shock. More patients started showing up with similar symptoms. And then, they started to die.

Medical professionals in the local hospital emergency room soon realized they faced a disease more serious than a cold. They faced a community’s worst nightmare — an anthrax outbreak.

The scenario is unlikely, but it is mapped out in Schenectady County’s disaster preparedness plan. County officials said Schenectady is more likely to suffer a devastating snowstorm than exposure to anthrax. But the possibility exists, and local, state and national officials are prepared for it.

If such an outbreak had happened before Sept. 11, 2001, hospitals might have succumbed to panic, not understanding what was going on. After all, not many people before 2001 even knew what airborne anthrax was or what it could do.

But because of the terrorist attacks on America more than 6 years ago, Americans today are better prepared than ever to deal with man-made and natural disasters, said Bob Burhans, director of the state’s Public Health Emergency Preparedness Program. “Our program is more robust now than it was on Sept. 11,” he said. He said the federal Centers for Disease Control and Prevention evaluated the state’s program last year and gave it 95 out of 100 points.
Disaster preparedness remains a high priority with the state and federal governments, Burhans said. “The federal government is still committed to the process and sets aside money to states, and they evaluate us each year,” he said. The state distributes money to counties annually to help them maintain their programs.

“It has a real benefit. This is the pipeline to get medical supplies in cases of disasters. It can be used for hurricanes, seasonal flus, power outages and more,” Burhans said.

Today, the response to a disaster would be immediate and would involve thousands of people at all levels of government and from dozens of agencies.

Antibiotics and other medicines are pre-positioned at hospitals to deal with pandemics resulting from man-made and natural disasters. The state maintains its own supply of medicine, and the federal government is prepared to provide even more help. The state, for example, maintains 2.2 million doses of anti-viral drugs and 1,700 ventilators in a secret cache for emergencies, Burhans said.

Since Sept. 11, 2001, every county has developed emergency responsiveness plans that tie into state and federal plans, Burhans said.

Joanne R. Cocozzoli, Schenectady County assistant director and bioterrorism preparedness coordinator, said she believes “our community is prepared. We are much farther ahead than we have ever been. And we continue to strive to improve our plan.”

The county tests its plans annually and has fine-tuned them often. It has specific plans for emergencies and is developing a generic plan that can apply to any type of disaster, which greatly increases its effectiveness, she said.

Schenectady has received hundreds of thousands of dollars from the state over the years to purchase equipment such as ventilators and biohazard suits for emergencies.

In the past year, the county has established an all-volunteer Medical Reserve Corps, consisting of professionals and lay people. The corps’ purpose is to assist during emergencies. The county provides advance training as well as “just-in-time training” for people who show up on the day of an event to help.

The corps numbers 270 people, but Cocozzoli said more people are needed. She asked people to contact the county Department of Public Health to learn more.

The county also has developed connections with local law enforcement agencies and local hospitals, among others, to ensure there is strong coordination in the event of an emergency. It is also trying to enlist large-scale employers who can distribute antibiotics to their employees quickly, she said.

The state and county maintain constant contact with hospitals and physicians regarding medical cases they see; hospitals must report communicable diseases to the county daily. The information serves as a tripwire for pandemics.

“Should there be an event, people would go to local hospitals. And we have worked with hospitals over the last three years to ensure they have an increased level of capacity in the event of emergency,” Burhans said.
As such, hospitals and physicians’ offices are the first line of defense in the event of a disaster, said Paul Segovis, director of Materials Management and Emergency Response coordinator at Ellis Hospital.

“The hospital has plans to address long-term and short-term issues,” Segovis said. “We also have staff trained to recognize outbreaks and have procedures to place patients into isolation.”

Ellis has specialized equipment to protect staff and the public, such as decontamination gear, gloves and other gear. The state has helped the hospital purchase the equipment. “We are the front line and there is recognition that we needed help and we needed equipment to deal with it. The state helped us out,” Segovis said.

Ellis is better prepared today than ever to handle a variety of emergencies, Segovis said. “Our planning is more detailed than it was 10 years ago. We are very confident with our system. We educate, we train and we are confident it works,” he said.

Cocozzoli said should a hospital see a patient with anthrax it would immediately notify the county through a hot line staffed 24 hours per day.
The county Emergency Management Office has ranked natural disaster higher than bioterrorism incidents, “but the same principle applies,” Cocozzoli said.

The county would immediately set up an incident command center, involving key county personnel, to deal with the situation. Depending on the level of contamination, the county would notify the state and the state would in turn contact the federal government. “There would be fear and disruption,” Cocozzoli said. “We have a communication plan in place to put out reliable, accurate, timely information.”

If necessary, the state would truck or fly in loads of antibiotics to “points of distribution” within four hours or less to treat an anthrax outbreak. Points of distribution could be hospitals, doctors’ offices, schools, even businesses, any place where large numbers of people can receive treatment quickly, Cocozzoli said. The county has a list of these points and is always developing more, she said.

The state also has access to millions more doses of antibiotics from the Strategic National Stockpile, which can be shipped within six hours. The stockpile is under federal control. In all cases, the drugs would be distributed for free.

If further medicine is required, the federal government has arrangements with pharmaceutical companies. The companies keep in stock additional medicine they can ship out as needed. The drugs would arrive within 24 hours.

Anthrax requires treatment with antibiotics for at least 60 days.

The county has used its disaster plan several times already. “We have done clinics for measles and mumps. We are now developing a more formal system to reach the entire county population,” Cocozzoli said.

In September, Ellis staged a drill with the Air National Guard’s 109th Airlift Wing in Glenville to handle mass casualties from a chlorine spill.

Cocozzoli said the various plans are designed to “minimize community disruption” and to treat as many people as possible to contain the outbreak.