UK: ‘It’s widely assumed that the British Council is a wing of our secret services’

" ... It was no accident that Le Carre used the British Council as the opening background for his first glasnost-era novel. The Russia House is fiction but its author knew what he was writing about.... " 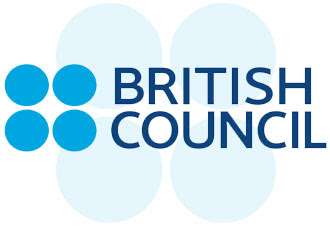 THERE WAS little surprise in the British diplomatic and intelligence communities that the Russians decided to target the British Council as their latest ploy in the row begun by the alleged murder of the former Federal Security Service agent Alexander Litvinenko. For a start, the Russian security services hoped to embarrass the British government: the council's chairman is Lord Kinnock of Bedwellty and his son Stephen is the head of the St Petersburg office. Their high profile, not least the accusation that Stephen Kinnock had been caught drink-driving, was certain to grab the headlines and intensify the diplomatic game of cat and mouse.

But there was more to the action than the intimidation and harassment of British officials. For many Russians and, indeed for many people who are suspicious of British motives all over the world, the British Council is an ideal target, not just because it is a symbol of British culture and learning but because it is popularly supposed to be a front for espionage activities.

Established in 1934 and incorporated by Royal Charter in 1940, the British Council is an independent and non-political organisation which was founded to promote British ideas, the English language and education in arts, science and technology. But that apolitical stance has always been viewed with distrust and many hostile countries regard the organisation as a school for spies.

"There is a widespread assumption that the British Council is a wing of our Secret Intelligence Services, however minor," admits a British diplomatic source. "Officially it is no such thing but there are connections. Why should it be otherwise, because all information is invaluable? After all, the British Council also deals with trade missions and inevitably that involves low-grade intelligence-gathering."

Throughout the cold war it was generally assumed that the worlds of culture, academe and journalism offered handy camouflage for the espionage community. Tit-for-tat expulsions were commonplace and they always involved a worrying number of press or cultural attaches who had been unmasked as CIA, MI5 or KGB operatives. Given that background, it was hardly surprising that the spy thriller writer John le Carre, pictured left, should have set his 1989 novel The Russia House against both the cultural backdrop of glasnost and the end of communism.

Small wonder, too, that the novel should have opened with the British Council playing a leading role from the outset of the action. The organisation's "first ever audio fair for the teaching of the English language and the spread of British culture" is "grinding to its excruciating end" and as one of its officials is packing his wares, an attractive Russian woman approaches him and persuades him to undertake the clandestine delivery of a manuscript to an English publisher who is apparently her friend. "It is a novel," she says. "A great novel. Its message is important for all mankind." The action runs on helter-skelter from that literary connection.

It was no accident that Le Carre used the British Council as the opening background for his first glasnost-era novel. The Russia House is fiction but its author knew what he was writing about. Before becoming an author of international bestsellers, John le Carre had been recruited into the intelligence services under his real name, David Cornwell, and had used his cover as a consular official to write his first novels about the role of MI5 and MI6 during the cold war. Not only did he use real people from his trade as characters in his books, but he also introduced espionage vocabulary and tradecraft to a wider public. He was not the first writer to dabble in espionage - others included John Buchan, Graham Greene and Charlotte Bingham, but he was the first to broaden the idea of espionage and to give it some respectability.

When official papers from the 1960s and 1970s started being released, more credence was given to the belief that the Soviet security services targeted British cultural institutions and those associated with them. The distinguished Kremlinologist Professor Archie Brown, a fellow of St Antony's College, Oxford, remembered the blackmailing of a British graduate during a year's exchange in Moscow in the 1970s. After drinking a spiked glass of wine, he woke up naked in bed with a Russian man. On the floor were US dollar bills and a number of religious icons.

Also in the room were two KGB agents who threatened him with arrest both for homosexual activity, then a crime, and for attempting to export icons, also a crime. In return for Soviet silence, the agents asked for inside information about the British Embassy and the members of the British Council. The matter was eventually resolved but the incident was an uncomfortable reminder that nothing was sacred or untouchable in the dirty undercover wars waged by both sides during the cold war. Last week's events show that little has changed.