'Spy' Who Loved LSD has History with Windschuttle 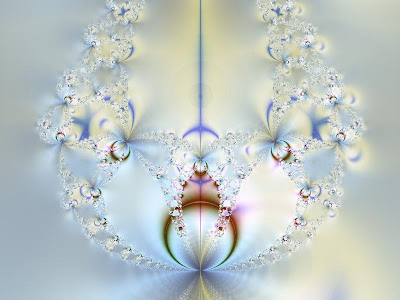 FEW people realise that Keith Windschuttle, the conservative author and ABC board member, was a 1960s student radical who published an article extolling the virtues of dropping acid.

But 40 years on, Mr Windschuttle has revealed something even stranger about that incident - he might have been the innocent pawn in a CIA plot to destroy the counterculture.

In October 1967, Mr Windschuttle - then a 25-year-old arts student at Sydney University - caused a furore when he published an article in the campus magazine, Honi Soit, explaining how to manufacture and ingest LSD.

Under a headline borrowed from a Beatles lyric - "Turn on with Honi and float downstream" - the two-page article lambasted the NSW government's plan to outlaw possession of the drug, which was still legal. "The real reason behind the bigotry surrounding LSD remains a mystery," Mr Windschuttle wrote.

Mr Windschuttle, now editor of the conservative magazine Quadrant and a critic of drug culture, has rarely spoken of the incident and says he's spent much of the past 20 years trying to atone for his Leftist antics in the 1960s.

But although he was named as the only author of the article, the historian admits much of it was written by an American who turned up in the magazine's offices, claiming to work for the computer company IBM.

"He looked like a US marine in a business suit, with a big jaw and a crew-cut," Mr Windschuttle recalls. "He had the formula for LSD and he had an article explaining how wonderful LSD was. He told me that although they all looked pretty straight at IBM, they were really anti-establishment characters."

Mr Windschuttle says he wrote the earlier sections of the story, which argued why LSD should remain legal. The American, he says, provided the chemical formula and wrote lengthy passages that praised LSD and provided advice for "inner-space astronauts" contemplating a trip.

"Medically, LSD is one of the safest substances known to man," one such passage stated.

Only in recent years has Mr Windschuttle become aware of allegations that US spy agencies encouraged the spread of hallucinogens in the 1960s.

In the book Acid Dreams, authors Martin A. Lee and Bruce Shlain explore the way drugs destroyed the focus of the anti-war movement, pointing to links between major drug-dealers and the Central Intelligence Agency.

"The conspiracy theory is that the CIA saw the anti-war movement as a threat to foreign policy and decided to neutralise it by promoting drugs," says Mr Windschuttle. "I've never been much of a believer in conspiracy theories. But what made me laugh was that I had an experience that in some ways confirmed the theory."

For the record, Mr Windschuttle says he has never taken LSD, although he did inhale.

"When you think of it, the CIA wouldn't be stupid enough to send around a guy looking like an American in a business suit - they'd send a guy in beads with hair down to his waist. But maybe they were that stupid. Or maybe they didn't have any long-haired agents available that day. It's a funny thing, whichever way you look at it."