“ ... It is a thinly disguised story about Adolph Hitler and the Nazis rise to power ... ” 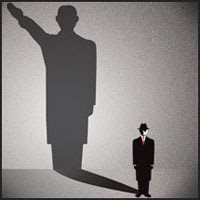 Play auditions to be held

Auditions for the play “The Resistible Rise and Fall of Arturo Ui (A Gangster Spectacle)” will be held at 7 p.m. Tuesday, Jan. 15 and Wednesday, Jan. 16 in the OCCC Theater.

There are five women and 15 men needed for the play’s 35 characters. Some actors will need to play more than one role, said Director Brent Noel.

“The play itself is one of metaphors,” said theater program Director and Professor Brent Noel.

The first is in the title itself, which, when looked at metaphorically, can be seen as U plus I equals WE (Ui is pronounced “we,” Noel said).

Set in 1930s Chicago, the play follows the life of gangsters, with Arturo Ui being the main character.

However, the play is more than a story about gangster life.

“It is a thinly disguised story about Adolph Hitler and the Nazis rise to power,” Noel said.

The play, by Bertolt Brecht, was written in the 1940s after Brecht had been forced by Nazis to leave his home in Germany.

Auditions are open to everyone and no experience is needed.