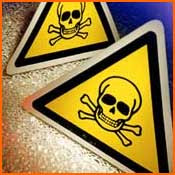 People who eat two or more servings of red meat a day are much more likely to develop conditions leading to heart disease and diabetes, U.S. researchers reported on Tuesday. Eating two or more servings of meat a day increases the risk of suffering from a cluster of risk factors known as metabolic syndrome by 25 percent compared to those who had only two servings of meat a week, the researchers reported in the journal Circulation.

The symptoms of metabolic syndrome include excessive fat around the waist, high cholesterol, high blood sugar and high blood pressure.

The study also found that diet soda consumption was linked to these elevated risk factors for heart disease and diabetes, echoing the findings of a study published in July.

"When we found that diet soda promoted risk we were surprised," said Dr. Lyn Steffen, an associate professor of epidemiology at the University of Minnesota.

"But then we thought about other behavior patterns," she added in a telephone interview.

"It may be associated with compensating for eating higher calorie food. People may say, 'I can eat this cookie because I am drinking this diet soda."'

Lots of meat, fried foods and diet soda add up to heart disease, the researchers said, and the conclusions add to a swelling body of evidence linking fast food with unhealthy lifestyles.Steffen's team examined the diets of 9,514 people in a study funded by the National Heart, Lung, and Blood Institute. In a departure from related studies, this one went into a detailed look at precisely what people were eating.

Based on a 66-item food frequency questionnaire, the volunteers were
categorized into two groups: those with a "western-pattern" diet, heavy on processed meat, fried foods, red meat; and a "prudent-pattern" diet with more fruit and vegetables, with small amounts of fish and poultry.

After nine years, nearly 40 percent of those involved developed three or more of the factors linked to metabolic syndrome, they wrote. This was clear even when smoking and exercise were factored in. (Editing by Maggie Fox and Mohammad Zargham)
••••••
Note from Betty Martini at Mission Possible: The reason diet soda is linked to heart disease is that aspartame causes an irregular heart rhythm and interacts with all cardiac medication. It damages the cardiac conduction system and causes sudden death. Below are the medical reports.

Report by Dr. H. J. Roberts: Aspartame and Cardiac Symptoms and
Interaction with Other Drugs
••••••
From: betty martini
Posted by Alex Constantine at 2:04 PM