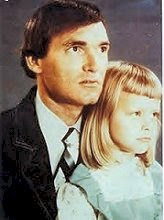 Between 1973 and 1975, Franklin Delano Floyd abducted a young girl he called
"Suzanne Davis." He claims he took as her parent when she was abandoned and raised her in a number of different states under several aliases. To this day, his story hasn't been verified, and her true age and identity remain a mystery. It is believed that she was born in 1969.

In 1979, Floyd enrolled "Davis" in an Oklahoma City, Oklahoma school. She graduated from high school in Forest Park, Georgia in 1986. When she moved to Arizona later in the year, she transformed from "Suzanne Davis" into "Sharon Marshall." (She also used the alias "Tonya Hughes")

Investigators discovered child pornography in a truck Floyd used. "Davis" is portrayed from age 4 until her pre-teen years in about 40 of the photographs engaging in sexually explicit conduct. These photographs exposed Floyd's desire to memorialize the considerable amount of time he had been sexually abusing "Davis."

In 1988, "Davis" gave birth to a son named Michael Anthony Hughes, which Floyd claimed was his biological son. A year later, Floyd married his captive in New Orleans, Louisiana. Two years later, they were wanted in connection with a homicide in Houston, Texas. Before legal proceedings could begin, "Davis" was killed in a suspicious hit-and-run accident.

Davis as an adult

Floyd has never provided details of her history. He's currently on death row for the murder of another woman.

While Dugard was given her happy ending, "Davis" passed away without anyone knowing her real name, where she came from, and who loved her the most. I hope her true identity is found out before too much time has passed.