Abusing Iran Prior to and After WW II

In the din of anti-Iranian agit-prop, with the neocons waving their swords at Iran, oh icon of evil, I remember that oil-smudged page of history, the invasion of Iran by Great Britain and the Soviet Union, following the Nazi invasion of the Soviet Union.

Of course, the invasion of Iran from August 25 to September 17, 1941, was for one reason only, to lock up Iranian oil fields and insure supply lines to the Soviets as they battled Germany on the Eastern Front. By today’s standards, that seems like a noble effort. 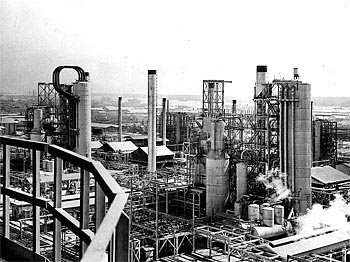 Yet it’s another one of those easy to overlook violations of Iran, which was a neutral nation, even though Reza Shah Pahlavi had moved closer to Germany. Part of that resistance was that the British had already sunk their teeth in Iranian oil via the Anglo-Iranian Oil Company, which owned the Abadan Oil Refinery, conceivably a trophy for the oil-thirsty Germans. The refinery in fact knocked out 8 million tons of oil in 1940 and could make or break the Allied effort. Obviously, the Soviets shared the strategic lust for Iran’s oil, as well.

As it was, the German Army was cutting through the Soviet Union and the Allies were searching for a way to get sorely needed American Lend-Lease supplies to the Soviets. Both Allies leaned on the Shah and Iran, which only aggravated the situation, causing pro-German rallies in Tehran. Perhaps as further payback to the Brits, the Reza Shah would not kick out the abundance of German nationals living in Iran, while nixing use of the railway to the Allies. And so, this triggered the Allied invasion of Iran, less than five months before Pearl Harbor. ...